GooApple i7 iPhone 7 Clone Specs and Price:  The Gooapple i7, is an iPhone 7 replica made in China by the Chinese clone maker, Gooapple.

The same was the case of 2014's iPhone 6, whose replica is the GooApple i6 released by the same Taiwan iPhone clone manufacturer.

If you've ever wanted to own an iPhone, but due to its price that almost equates that of a piece of a land. you couldn't,

Would you buy an iPhone 7 Clone?

Chinese smartphone manufacturers like OnePlus and Xiaomi have designed smartphones that are in competition with Samsung's and Apple's smartphones.

Based on this impression made by the aforelisted manufacturers with their flagship devices, can we assume that the Goophone i7 from GooApple can be just as competitive?

Your answer to these questions should be determined after you've taken a look at the iPhone 7 clone specifications and Price.

While this smartphone is trending because of the popularity of Apple's smartphone brand name, it does leave many stones unturned.

It might be a good thing for those who want a cheap iPhone to buy online, but not for those who'll be deceived after spending over 500,000 Naira to buy a fake iPhone device that isn't the real deal and still buy malaria drugs.

On the bright side, the concluding part of this post talks about how to spot an original iPhone or a fake one. 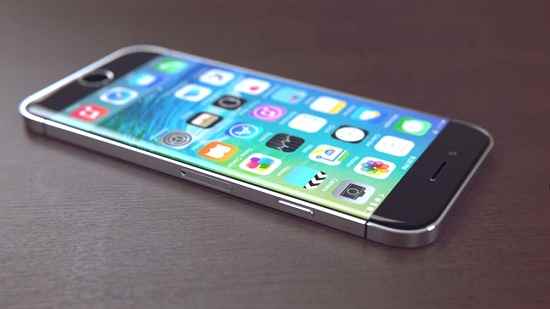 The  GooApple i7 features mid-end specs in its external build and design, hardware, software, and cameras. Here's an overview of the GooApple i7 Gsmarena features:

Note: Keep in mind that the specs of this Chinese Android iPhone clone are not accessible on the official Gooapple website, hence our review of specs of this smartphone is based on the rumors on the internet.

The GooApple i7 features the same 4.7-inch screen of the original iPhone 7, but the screen quality and resolution are not the same.

This means that compared to the latter, you should not expect the same picture quality of texts and images displayed on the screen.

The iPhone 7 Clone comes with the same glass and metallic body of the iPhone 7, giving it a sleek and premium look.

Its lightweight can be attributed to the fewer components it packs in.

You can also get this smartphone in different color options such as White and Rose Gold.

While the iPhone 7 lacks a headphone jack, this clone version thought it wise to come with one, hence this might be one of the several clues as to which is which if you're trying to buy the real iPhone 7.

Judging from the specs above, this clone of the iPhone 7 looks has the same premium design of the real iPhone 7.

If you're in for looks of the iPhone, then here's an imitated version of the iPhone you might want to consider.

There is also a fingerprint sensor on this device to enhance the level of security by preventing unauthorized access to files, apps, and documents stored on the phone.

GooApple i7  features a  Mediatek Helio P10 processor instead of the A10 fusion chip of the iPhone 7.

This processor can still carry out tasks fluidly, but not at the same level of the original iPhone.

The level of performance you'll get from this iPhone 7 duplicate will be comparable to mid-end devices from Infinix and Tecno.

There is a RAM size of 4GB RAM on this fake model of the iPhone 7, and this RAM is twice the size of that found on the iPhone 7.

Although its RAM is larger, you should not expect a higher level of multitasking with apps and games because the iPhone 7's RAM at 2GB has a performance that is more than remarkable.

How possible that is, is left for the manufacturers to say.

The phone comes pre-installed with iOS apps like Apple Watch,  iBooks, and Find My iPhone, while at the same time, allows you to run the best Android Apps and Games.

You get to use the Android OS on an iPhone, which sounds cool my friend.😰

This GooApple iPhone 7 clone features a 16 MP rear camera whose resolution is also higher than the 12MP of the iPhone.

While there is a significant increment in resolution, the images captured by the iPhone 7 are of a better quality.

You should expect this camera to produce images with great quality but not as good as that of the original iPhone.

Autofocus, Geotagging, LED flashlight, and Panorama are some of the features of this camera that make for images with appreciable quality.

The resolution of the iPhone 7 Clone front camera is currently unknown, but that notwithstanding,

It won't capture better pictures than the real iPhone that has been optimized to compete with the Samsung S7's camera.

The battery capacity of the Goapple i7 is 3100mAh.

It can support long hours of talk time and standby time due to its large size.

There is also a fast charging support to ensure this device is fully charged within some minutes.

In comparison with the iPhone 7, this battery's capacity is larger and may last longer than the latter since the smartphone does not come with a lot of battery consuming features.

But then, I could be wrong and won't be surprised if the iPhone 7's  1,90mAh battery exceeds my expectation.

Some connectivity options of this smartphone include WIFI, Bluetooth, GPS, NFC, and 3G.

The Gooapple i7 is available in Nigeria and other African countries like Ghana, Kenya, and Malaysia since Africa is the major marketing region for made in China phones.

Every popular smartphone now has a clone or duplicate thanks to Chinese smartphone makers who are not relenting on their effort.

We've seen an Infinix Hot Note Clone as with several others such as Samsung Galaxy clones, HTC clones, and Gionee clones.

Even though it might be quite amusing to see a China phone like Tecno being cloned by a Chinese, one may have a rethink when it comes to the iPhone 7 clone.

The GooApple i7 is one of the best iPhone 7 clones you'll find in the market, but this is a real case scenario of where looks can be deceiving.

While they adhered to the rule that: 'if you must copy, copy from the best', and have made this phone with admirable specs such as large RAM, battery capacity, and high-resolution Cameras; the phone still sucks which does not come as a surprise since they're competing with the best.

I think you'd be better off buying an Infinix or Tecno smartphone in the same price range than a smartphone that might not even recognize your fingerprint.😜

If you want to buy a fairly used iPhone 7 online, watch out for these specs in order not to buy a fake iPhone 7 like the GooApple i7, because even though you know how to check original iPhone using IMEI, this smartphone also comes with one.

If it is not the iPhone made by Apple, then it is not an iPhone. Shikena😳

How to Check Original iPhone or Fake

Here's how to differentiate between a real iPhone from a fake iPhone like the Goophone i7 even though you can't check the serial number.

These are the specs of the GooApple i7, a 2016 clone of the iPhone 7 which will guide you on how to spot a fake iPhone 7/5S or how to check an iPhone original or duplicate.

What is your opinion on the iPhone 7 Clone?

Would you buy a duplicate iPhone?

If yes or no, leave us a comment below because we'll like to know your reasons for choosing either. Techlass.