An issue among some users of either the Samsung S6 or S6 Edge smartphone is that their Galaxy S6 won't turn on or charge.

If you are experiencing this you may be wondering, what do I do if my Galaxy S6 won't turn on?

Wait for a second, we'll get to the solutions to fix this problem.

What comes first to anyone's mind when this happens is to pull out the battery or replace it entirely.

One may also try to charge the device in a bid to confirm that the problem is not caused by an extremely low battery.

Can these same solutions be used to fix the Galaxy S6 won't turn o' issue in order to eliminate the freezing mode and restore normalcy to the device?

Samsung Galaxy S6 smartphones like the Galaxy S6 and Galaxy S6 Edge feature a non-removable battery which makes the process of pulling the battery impossible, not unless you're good with a screwdriver or own a phone repair toolkit.

Unlike some Android smartphones like the Galaxy S5 whose battery is removable, removing the battery most times resets the device and clears the software bugs or errors encountered,

Whereas on the Galaxy S6, its built-in battery can be tagged as a downside to this device at this point.

While your screen is blank/black, you might only see the active LED notification indicator blinking, but all keys, as well as the power button on the S6, are unresponsive.

You'll either have to wait till whenever the phone finally runs out of power in order to restart, or follow the steps outlined below on how to fix Galaxy S6 Won't Turn on problem.

This will not only keep you informed on how to resolve it but show you what to do if your Samsung phone won't turn on in the near future.

Why Does the Galaxy S6 or S6 Edge not Turn on?


Even when you have enough battery power to boot the device, what causes your Samsung Galaxy S6 not to boot?

Here are some possible causes which can also lead to lagging and freezing problems on the Galaxy S6:


With these in mind, the given below are solutions to fix Samsung Galaxy S6 or S6 Edge won’t turn on issues.


What to Do When Galaxy S6 Won't Turn On


If you have charged your Galaxy S6 for at least 30 minutes and it is still unable to boot, what can you do?

Here are what you should do when your Galaxy S6 won't turn on in order to fix Samsung Galaxy black screen of death.


A forced restart of your S6 will eliminate the unresponsive state of the phone if it is due to software issues.

Doing this follows the same procedure to reboot the S6 as if the battery was pulled out in the case of devices with removable batteries.

To soft reset your Galaxy S6,


Another way you can force restart Samsung Galaxy S6/ S6 Edge is by following the steps below.


Following these processes reboots your device and fixes the error immediately.

If this simple step worked for you, then you may not have the need to proceed with others below.

If it didn't, there are more options you can try.


If your Samsung is unable to turn on, then we can check if it is a Galaxy S6 firmware problem by booting the device in Recovery mode.

In Recovery mode, the Android UI won't be loaded, but you'll gain access to settings that will allow you wipe the Galaxy S6's cache memory.

You can be sure that you won't lose your data by wiping the cache memory as this process if different from a factory reset.

So, to boot the Galaxy S6/S6 Edge in recovery mode, 4. Boot in Safe Mode to Restore the Galaxy S6


A boot in safe mode will grant you access to your device in order to disable the actions of apps installed and prevent further Galaxy S6 system crashes.

In safe mode, third-party apps will be inactive so there won't be any effect of a corrupt app on your Galaxy S6 when you boot.

If you recently installed an app, it may be the reason why your Galaxy S6 won't turn on, hence this step is necessary.

You will have to uninstall these apps and clear your device's cache memory.

Here's how to boot Galaxy S6 in Safe mode, 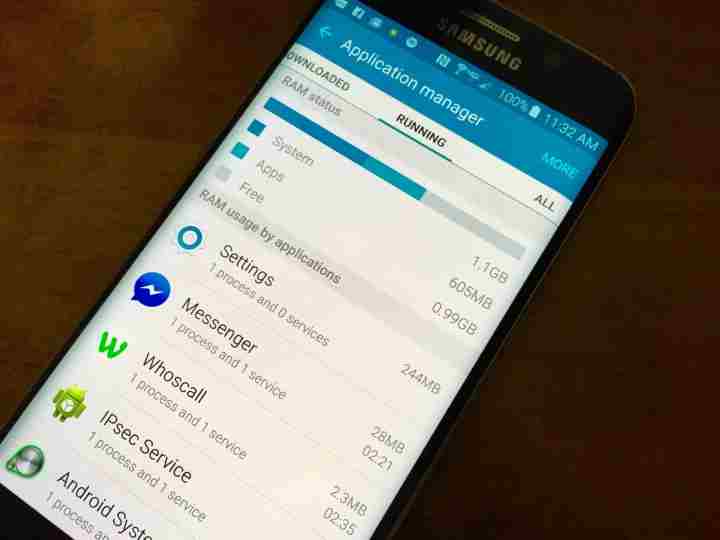 
This final option should only be used if none of the above steps resolves the Galaxy S6 problem.

Here, you will need to do a factory reset on your Galaxy S6, which will lead to loss of data if you didn't do a backup prior to this time.

If you didn't do a backup, then repeat all the steps given in step 4 (Boot in safe mode) before proceeding with this.

Once your device has booted in safe mode,

These steps on how to fix Galaxy S6 screen won’t turn on problem are what you should employ.

It can also help to fix issues with other Android phones that won’t turn.

If none works for you, then this problem is caused by a faulty hardware component of your smartphone such as a faulty battery, hence you should get a phone expert to fix it for you.