Gionee Steel 3 Specs and Price: The Steel 3 smartphone from the Chinese Company, Gionee, was released in late 2017.

As with most of the devices from this brand and a reputable known fact, the Gionee Steel 3 is budget friendly and also features a large battery capacity.

Features of this successor to the Gionee Steel 2 that make it a desirable smartphone include its:


These and much more make the Gionee Steel 3 one of the devices you may want to consider if you're a die-hard fan of Gionee smartphones,

Or you're probably looking for an affordable smartphone like the Gionee M5, Infinix Note 4 and Tecno Camon CM that can also offer a high level of performance coupled with a good battery backup. 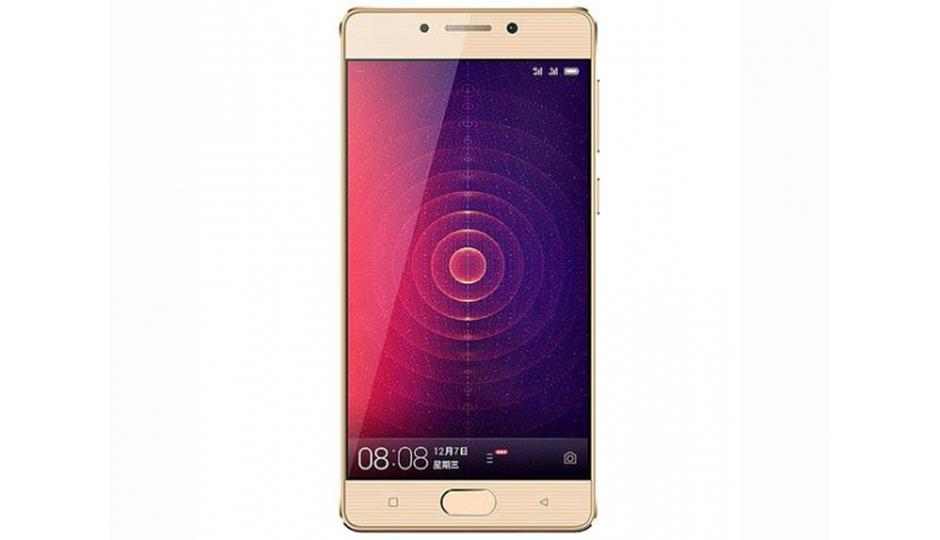 
The  Gionee Steel 3 features high-end specs in its external build and design, hardware, software, and cameras. Here's an overview of the Gionee Steel 3 Gsmarena features:

The Gionee Steel 3 display features include a moderate IPS LCD capacitive touchscreen at 5.7 inches with a resolution of 720 x 1,440 pixels, a pixel density of 293 PPI and aspect ratio of 18:9.

At a resolution that high on a screen less than 6.0 inch, one can expect text and graphics on this screen to be of good quality especially when viewed from a distance.

The Gionee Steel 3 features a metallic build for its much-admired design.

This translates into a device that does not only look good to the eyes but feels good and comfortable in the hands.

You can type with ease even with one hand since the screen isn't on the larger side and also slide into a pocket.

In terms of security, you'll find the trending biometric sensor found on most mid-end and high devices on the Gionee Steel 3.

This is a fingerprint sensor that serves to enhance the device's level of security from the use of passwords, pins and  Android app locks.

The Steel 3 Processor, is an 8 core 425 Qualcomm Snapdragon CPU with a frequency of  1.4GHz.

For rendering graphics in games, videos web pages etc, there is an Adreno 505 GPU.

Coupled with this powerful processor is a large RAM whose capacity is 3GB.

A device with a high level of performance since its RAM is large enough to ensure seamless multitasking.

App launches and gaming will be fast, as well as an increase in the number of apps that can be opened simultaneously compared to a phone with less RAM.

To support the RAM is an inbuilt storage of 32GB which can be expanded up to 256GB with the use of an external storage media such as a microSD card.

Users will have an adequate storage space for their videos, songs, pdf files, games etc. especially on the large external storage device.

You can only use a microSD card on this phone without using the second SIM at the same time since its expansion slot also serves as a SIM slot.

With the recent rolling of Android 8.0 Oreo for non-Google devices, hopefully, users will be able to update the Steel 3 to the latest Android OS.

Great user experience, battery and memory management capabilities are some of the promising features of its preinstalled Android Nougat OS.

The Gionee Steel 3 camera features include an 8MP resolution camera with Led Flash for its front and rear camera respectively.

Although one would've expected a 13MP at its rear as is the case of devices in the same range, this is not so.

You can still expect images captured by this camera to be of remarkable quality because the resolution of its camera is not the only determinant in camera quality.

With that in mind,

The Gionee Steel 3 battery capacity is 4,000mAh, and this capacity is comparable to that of the Infinix Hot 4, Gionee M5 mini, and Tecno Camon CX.

At that capacity coupled with Nougat's power saving features, you can expect a two-day battery life on moderate usage.

There is also a fast charging feature to ensure that this large battery doesn't spend hours plugged in before it is fully charged, as a few minutes charge can provide long hours of usage.

Its sensors are Accelerometer, Gravity, Compass, Gyroscope and Proximity sensors

In Nigeria as with other Africa countries like Ghana and Kenya, the Gionee Steel 3 is available.

It can be purchased from either country from reputable online and offline stores.