Free Flashlight Apps For Android: A flashlight/torch on Android is one of the most important and most used utilities including an Alarm, Calendar, Notepad, and Calculator.

Several reasons that make it a necessity on a smartphone include:

A fully charged phone can provide long hours of use of the flashlight, taking away the need for an extra pair of batteries for your torch.

Now, while a phone touch light is a prerequisite, some Android phones do not have built-in flashlight apps that will allow the user access this feature.

Some may have come with one, but as a result of flashing your Android, the flashlight bloatware was uninstalled.

If either is the case on your phone or you just want to add extra features to your default flashlight such as changing the light color and clapping to on/off the light,

How can you download and install a free flashlight app on your Android phone?

By downloading and installing one of the best and brightest flashlight apps for Samsung, Infinix, Tecno, and other Android smartphones to enable/re-enable this functionality on your Android phone because In lowly lit and dark areas, it may come in handy 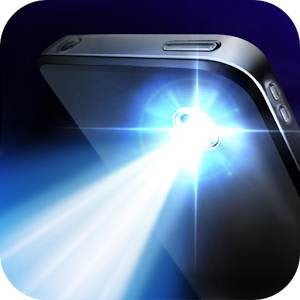 Super-Bright LED Flashlight is one of the best apps to enable flashlight on your Android phone.

Depending on the brightness level of the camera LED flash on your phone, it brings out its full capability by producing a very bright light.

This tactical flashlight app has gotten over 500 million users around the world with so many reasons to back up its popularity.

Here's another Free flashlight app for Android I can recommend.

It currently has over 10 million users, serving each by providing the brightest light to walk through the dark, read and continue their day's work as if it were in the day.

Not only does it provide a light source, it also prides on the fact that its power-saving capabilities can reduce power consumption while the app is in use.

If your phone's flashlight is your major light source, then battery power has to be considered since the longer the light stays on, the faster the battery drains.

With an app of this kind, you can be less bothered about your battery level and how long the light stays on.

Other than being self-acclaimed for being able to optimize battery power, it is also said to be the fastest flashlight app for Android because it can easily be turned on and off in less than a second thanks to its shake to light feature.

Other features of this app that makes it a must download include:

Brightest Flashlight is free for download and use without obstructive ads within the app.

It ensures all the backlights on your Android are used to their best potential to give the brightest light your phone can produce.

For instance, the keyboard and soft keys backlight, screen light, camera LED flash, amongst others are used at maximum.

You can also manually set a timer that will automatically turn off the flashlight after a couple of minutes, allowing for better management of your battery power in case you fall asleep or forget to turn off the light.

The functionality of this app has been tested on different Android built-in flashlight configurations such as:

Flashlight Galaxy as with the others provides a clear and bright light to help you navigate in lowly lit places and at night as if it was during the day.

It is also compatible when installed on Android phones from other brands such as Nokia, OnePlus, Huawei, Xiaomi, Sony, Gionee, Tecno, HTC, and Infinix.

Other flashlight features of this app include:

Requirement: Android 4.0.3 and above

This app is one of the brightest FREE LED flashlights for Android phones.

It offers several colorful LED lights, notifies on calls and messages with its LED flash alert feature, and allows you to change the theme of your call screen for incoming calls.

Like Fa fastest flashlight, flashlight LED also has a shake to light feature to allow the fast and easy use of the app to light up the place even without unlocking your phone first.

It also features HD call themes to change the display screen for all your incoming calls, strobe light with speed controller, and SOS flashlight to serve as a light during emergencies.

You can choose to use the camera LED on your phone as a flashlight or the call screen as an LED laser torch source.


Requirements: Android 3.0 and above

It requires camera permission to access the camera LED before turning on the flashlight on your phone.

There are different blinking modes in the app as well as a range of frequencies.

It can easily be enabled with just a tap, navigated with its easy-to-use interface, and used as a compass to ensure you don't ever miss your way around new places.

This open source app has several other admirable features which include:

Tiny Flashlight app for Android is free for download and use.

It uses the LED flash of your Android's camera to turn your phone into a very bright torch light while at the same time preserving your battery life with its power saving features.

Certain features and plugins which aid in the functionality of this app include: Strobe, Morse, Warning lights and  Blinking lights

Instead of just serving as a flashlight, it can also be used to simulate a rainbow, strobe light, police light, disco light, candle and led banner.

It provides several colors and custom effects you can choose from to change the theme color of your phone's screen light, thereby customizing the flashlight as it best suits you.

Also, other than improving your screen's brightness with this app, you can also use it to display customized text.

Note: According to the developers (ColorNote) of Strobe light, it can cause epileptic seizures, hence the flashlight while in strobe mode should not be pointed at the face of people with a medical history of epilepsy.

Whether you're out late due to a bad weather or just having a good time, you can be less bothered about finding your way home as long as you carry the brightness of the day with you with these free flashlight apps for Android.