Xiaomi Redmi 5A Specs and Price

The mi 5A was first launched in China in October 2017, and it is a mid-end device targeted at users who want the best features from a phone but at the best price possible.

This new inline smartphone has an ample RAM storage, good battery capacity, powerful and speedy processor, amongst other desirable features.

But then, as a successor of another, it has very little differences from its predecessor.

For an undeniable fact, the numerical naming has been changed, but that's as far as it goes.

The RAM size, Inbuilt storage, camera specs, and battery capacity is basically the same on both smartphones, with the most noticeable upgrade being in this variant's operating system.

Not considering the above fact, If you want the latest smartphone in the Redmi series, then here are the Xiaomi Redmi 5A Specs that will help you decide if this is a device you will like to upgrade to.

If you have never used a Xiaomi smartphone, then you definitely should as this brand of smartphones is fast gaining ground in India, China, US, and Nigeria,

Because they have quality specs comparable to that of an iPhone but are offered at less than half the price of the iPhone. 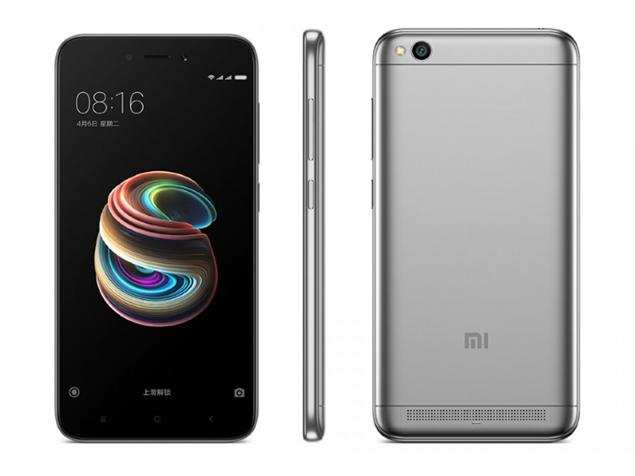 Judging from this display size, this device is very portable and very sharp because the screen is not so large to work with an HD resolution.

You can expect an enjoyable movie watching, reading, and gaming experience from this bright and clear screen while at the same time, operate the device with ease using one hand.

The Redmi 5A has a metallic build that gives it durability.

It can survive falls from specific heights without damaging the internal components of the device or experience degradation quickly.

This building material differs from that of its predecessor that features a plastic build.

An increase in weight can be attributed to its build material which differs from the latter, that features a plastic build.

There is no a rear-mounted fingerprint scanner on this smartphone, which would've served as a biometric authentication on the user's smartphone.

Users of this smartphone will have to use PINs, Patterns and probably third-party applications to grant access rights to files on the Xiaomi Redmi 5A.


Xiaomi Redmi 5A is powered by a 4-core Qualcomm Snapdragon 425 processor with a frequency of 1.4GHz, and an Adreno 308 GPU for graphics rendering.

The smartphone comes with a RAM size of 2GB, large enough to support an acceptable level of multitasking without noticeable lags or hangs.

It also has an internal memory storage of 16GB that is expandable up to 256GB using a microSD card.

This expansion slot being a hybrid one is the same slot used to support the second SIM.

While the second SIM is just as important for some users, I doubt most users will be able to make-do with only a 16GB inbuilt storage.

However it is, one must prioritize.😒

This friendly UI makes it easy to customize the phone with themes and wallpapers and there are efficient memory and battery management which can be attributed to Android Nougat's capabilities.


The Xiaomi Redmi 5A camera features include a 13 MP back camera with a f/2.2, autofocus and LED flashlight.

With regards to its autofocus feature and flashlight, you can capture blur-free images and bright images even in low light areas.

The 5A's front camera has a resolution of 5MP with a f/2.0 aperture.


The battery capacity of Xiaomi Redmi 5A is 3,000mAh, which has been slightly decreased from the 3120mAh battery of the Redmi 4A.

You can still get a two days' use with this battery on full recharge, and also take advantage of Nougat's battery management features to have optimal battery power.

This battery is non-removable; hence you might have to wait till the power runs down to reboot if in any case this device hangs and it's power button fails to respond.

Which I hope it doesn't, cos you'll do more than sweat through your armpits😖.

The Xiaomi Redmi 5A supports the use of two SIMs but not at the same time with a microSD card.

As mentioned earlier, one SIM slot serves two purposes which are to support the second SIM and the memory card.

Its default music player supports file types such as IMP3, WAV, eAAC+, and FLAC, while its video player is compatible with MP4 and H.264 video formats.

The Redmi 5A's sensors are Gyroscope, Proximity and Accelerometer sensors.


In Nigeria, as with other African countries like Ghana, and Kenya, the Xiaomi Redmi 5A is not yet available.

Sales of the smartphone have begun in China and hopefully, it'll get to this part of the globe before the year runs out.

You can also pre-order the smartphone from Amazon or other online retail stores whose services cut across your country.

The Xiaomi Redmi 5A price in China and India start from CNY 599 and Rs 5,900 respectively.

Deducing from these prices, the Xiaomi Redmi 5A price in Nigeria is expected to range from ₦35,900 to ₦55,000.

For an opinion based on its price and in comparison with devices in the same price range, the Xiaomi Redmi 5A is an excellent choice among many.

It has 4G LTE, at least 2GB of RAM which is expected of any device released in 2017, and a large battery capacity.

There is also the remarkable camera specs one has to consider.

There will always be a 'but' somewhere in between until we finally get the perfect phone from these manufacturers.

It has no fingerprint sensor, which isn't the norm lately.

And it has a hybrid SIM slot.

Other than these two, every other downside is one I can look over.