Nokia 7 Specifications: In numerical form, we have the Nokia 2, 3, 5, 6, 8 and now, the Nokia 7 also launched by HMD Global, a Finnish company with the license to sell their devices using the brand name, Nokia.


A few years ago, the most popular smartphones in the world were Nokia devices and a few years later, they almost went extinct.

This could be attributed to so many reasons which include their focus on developing mostly feature phones running on the Java OS and Lumia phones on the Windows OS.

When this popular brand decided to use the not so popular and generally accepted mobile Windows OS for their smartphones, this came with a price that led to their set back.

Now, the new Nokia series work with the Android OS, a sooner step Nokia should have taken with their first smartphone given the flexibility of the OS over the Windows OS.

Also, unlike smartphone manufacturers like Apple, Samsung and even Google that release device whose namings are in an increasing order format, the reverse is the case with Nokia.

As usual, they're always trying to be unique!

Despite these random releases, one can be said to be better and more expensive than the other judging from its naming number.

Equally, as one moves serially from one device to the next, their specs get better.


The Nokia 7 was first launched in March 2017 in an event in China, and then later in Delhi, India coming shortly after the release of the Nokia 8.

It is the fifth smartphone from Nokia in 2017, the sixth being the Nokia 2.

The specs of this midrange device have been said to be comparable to those of the Xiaomi Redmi Note 4 and Samsung Galaxy A7 (2017).

The most spectacular feature of the Nokia 7 tagged 'bothie' camera, is its ability to capture images with its rear and front camera at the same time.

Other Nokia 7 specs that have given it an advantage in competition with other midrange devices are given below. 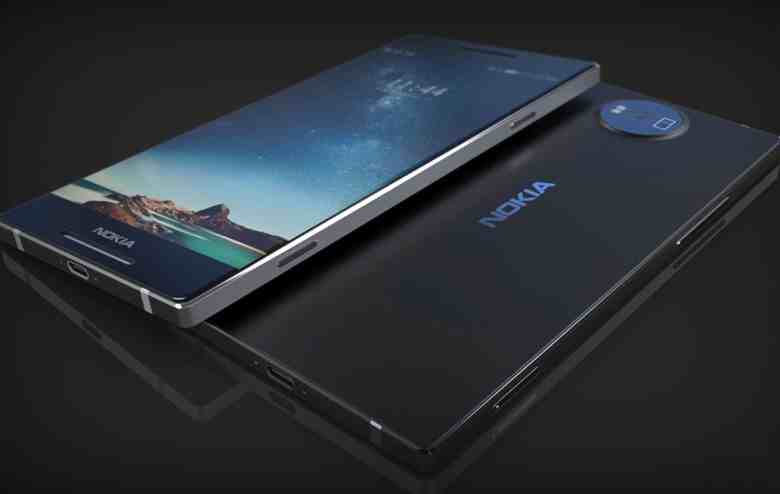 
The Nokia 7 features high-end specs in its external build and design, hardware, software, and cameras. Here's an overview of the Nokia 7 Gsmarena features:

A screen of this size and resolution can provide a good viewing experience since it is sharp and clear, producing texts and images whose quality is appealing to the eyes.

The portable screen size translates into a device that is very easy to handle and operate in one hand. It can easily fit into a pocket without sticking out like a huge chunk.

On the screen, is a Corning Gorilla glass 3 that gives the screen strength and durability. It ensures that the screen is not marred by cracks and scratches which may tend to occur when the device slips or falls from certain heights.

For its build, the Nokia 7 has a body made of glass and aluminum with a 3D curve at the edges. With the glass at its back and the metal at its sides, this is the first smartphone from Nokia to sport a glass back design.

Colour options of the Nokia 7 include Gloss Black and Matte White, which mean users won't get their hands on the Nokia 7 in a premium gold color.

Providing an improved level of security on this smartphone instead of the use of pins, patterns, and passwords is a smart and fast fingerprint sensor that is located above the rear camera of the 7.

The Nokia 7 is powered by an octa-core Qualcomm Snapdragon 630 processor with a processing speed of 2.2GHz.

Based on RAM and storage options, there are two variants of the Nokia 7.

One variant features a RAM size of 4GB, whereas the other has a RAM whose capacity is 6GB.

On either variant, the level of multitasking is expected to be high, supporting the running of several apps simultaneously without encountering lags or hangs.

On each variant, there is also an internal memory storage with a capacity of 64GB and 128GB respectively.

Either storage's memory can be expanded up to 256GB with the use of an external storage device like a microSD card.

This memory expansion slot makes use of the SIM 2's slot, making it a hybrid slot that can either support a SIM or microSD card at once.

Even without the card, individual storage space (especially the 128GB model) is still large enough to meet the storage needs of most users.

The Nokia 7 runs on Android 7.1.1 Nougat since the Oreo has not been rolled out yet for none Google smartphones. In future, there will be possible updates to the latest Android operating system.

The Nokia 7 has an IP54 rating showing that it is dust and splash proof to a certain level. A walk in the rain with the phone might have no effect, but a swim with it, most definitely.

The rear camera can record 4K videos at 30fps.

These camera specs of the Nokia 7 coupled with its high resolution, makes for pictures with great quality even in dark places and allow a large number of people to be captured at the same time thanks to its wide angle.

The Nokia 7 has a similar 'Bothie' feature of the Nokia 8.

This is a split-screen mode that allows images to be captured with the front and rear camera at the same time, then combine them into one photo using a dual sight mode.

The battery capacity of the Nokia 7 is 3000mAh, the same capacity as the newly released Tecno Spark K7.

This capacity can provide a battery life of over 1 day on moderate usage and on 3G network, up to 340 hours of standby time and up to 15 hours of Talk time

The 7's Li-on technology based battery is a non-removable, which helps to protect the internal components of the phone.

On the other hand, it will disallow for quick removal of the battery in order to reboot the phone when it encounters software glitches.

The Nokia 7 is a dual SIM smartphone whose second SIM slot can also be used for a memory expansion slot.

As a result, one can either take advantage of the dual SIM feature or a single SIM coupled with a memory card.

On the Nokia 7, there is also a micro USB Type-C port that makes for fast charging of the smartphone, and fast file transfer speeds between USB connected devices.


If you're wondering when the Nokia 7 release date is, the sale of the smartphone began on October 24th, in China and its launch in India is expected in November 2017.

Several reports also state that the global launch of the Nokia 7 will be in an event scheduled for November 2nd.

Accordingly, the smartphone will be available in other countries including Nigeria, Ghana, and Kenya towards the far end of the year.

When the smartphone is available, it can be purchased from reputable online and offline stores in either country.

The variant of the Nokia 7 you intend to purchase determines its price, as the 64GB and 128GB models of the Nokia 7 are offered at a price of  £286 and £309 respectively.

Most admirable features of the Nokia 7 are its camera and RAM size.

For its camera, the high resolutions and bothie feature make it a must buy for the social media enthusiast.

The large RAM on both variants of the Nokia 7 will ensure smooth operation even when memory greedy RAM apps are running.

Generally, the Nokia 7 is a good midrange device whose pricing is on par with its specs.