It is a successor to the Honor 6C that was released in April 2017.

As the largest smartphone manufacturer in the world, Huawei has released devices in the low end, mid end and high-end categories of the smartphone market.

They are making waves on the net and are the delight of mobile enthusiasts and now, the same is the case for the latest Huawei phone.

Before commending on its specs, one will need to correlate it with its price.

The Huawei Honor 6C Pro price makes the smartphone a must have because its mid-range specs go hand in hand with the price it is being offered.

It isn't on the low side, neither of the high side, but less than some devices in the same range, even ones featuring lesser specs.

This smartphone as a member of the Honor series that is a class of mid-end smartphones from Huawei, has a large RAM size, fast processor, good battery capacity amongst other features which have bee reviewed below. 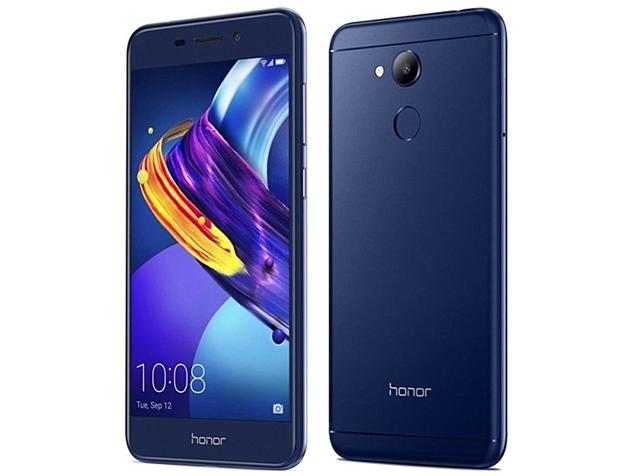 This screen size is slightly larger than that of its predecessor, but the same resolution has been maintained.

An increase in screen size means a larger device and a wide-angle viewing for watching videos and gaming, and also a screen that can provide ease of typing.

The device has rounded edges which can be attributed to the 2.5D glass screen mounted on it.

The 6C Pro's body is made from metal to give it durability where it can withstand wear and tear for a long period of time.

Its metallic build also gives it a premium look, as is usually the case for devices with this building material.

Compared to the 6C, the Pro is slightly heavier and thicker.

It is one of the slimmest Android smartphones in 2017, slim and light enough to be held, operated with and carried around.

For security, this smartphone makes use of a rear embedded fingerprint sensor which will ensure that the user files are secured and kept private at all times unless access is granted.

Huawei Honor 6C Pro is powered by an octa-core MediaTek processor with four cores having a processing speed of 1.5GHz and the other four with a frequency of 1.0GHz.

The Honor 6C Pro uses a Mali T860 GPU for rendering graphics, which can support graphics intensive games to give the user an enjoyable gaming experience.

In comparison with the 6C, this processor made varies from the Qualcomm Snapdragon 435 of the later and is a speedier one.

This smartphone has a RAM size of 3GB which for a midrange device is quite large.

It can ensure the level of multitasking on this device is lag-free and a higher number of apps can be accessed simultaneously.

There is also an internal memory storage of 32GB on the 6C Pro, a memory that is expandable up to 128GB with the use of a MicroSD card.

Users can expect an upgrade to the latest Android Oreo OS when it has been rolled out.

The same RAM size has been maintained, but the processor has been improved upon, likewise the OS which has been upgraded from the Android Marshmallow on the Huawei Honor 6C.

This camera is backed up by features like Auto Focus, Touch Focus, Digital Zoom, Face Detection, and HD Video Recording capability, which makes for images and videos with an impressive quality

On the front, is an 8MP camera for taking good quality selfies and video chatting.

Resolution on both cameras is high, as well as several technological inbuilt features that combine to produce images of great quality with the Huawei Honor 6C Pro.

The Huawei Honor 6C Pro battery capacity is a 3,000mAh.

This is the same capacity as its predecessor which can also support long hours of talk time, web browsing, video watching and standby time.

The Honor 6C Pro is a dual SIM smartphone that supports the use of a Nano SIM and a micro SIM.

The second SIM slot is a hybrid slot, which means that you can either choose to use a MicroSD card or a second SIM on this phone and not both at the same time

Its sensors are Compass, Accelerometer, Proximity and Ambient light sensors.

The Huawei Honor 6C Pro was released in November 2017 but currently, it is not available in African countries like Nigeria, Kenya, and Ghana.

When the smartphone is available, it can be purchased from reputable online stores in either country.

Deducing from this price and the current exchange rate, the Huawei Honor 6C Pro Price in Nigeria is expected to range from ₦61,000 to ₦100,000.

If you're looking for a midrange device from a brand reputably known worldwide, then you may have to consider the Huawei Honor 6C Pro.

The Honor 6C Pro has a good battery backup, an area I'm always interested in.

Asides that, there are a humongous RAM and inbuilt storage, speedy processor, and moderate display screen, all of which combine to make this smartphone an option in a range of choices you may have for your next smartphone.