Gionee X1S Specs and Price: China-based smartphone manufacturer, Gionee, has released the Gionee X1S as an upgraded variant of the X1 launched in August 2017.

When one makes mention of the least expensive Android phones offered, and by which brand in Nigeria, the name Gionee, will trend alongside Tecno and Infinix.

Gionee's devices are constantly in competition with those of the aforelisted brands, making up in areas the others are lacking or outperforming them.

In 2017, having already launched several smartphones in different segments of the smartphone market and in countries such as Vietnam, Taiwan, and Thailand, it seems the company isn't going on a retreat anytime soon. 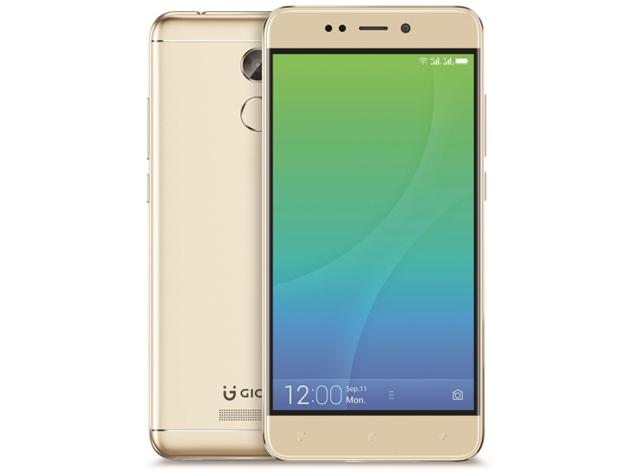 Differences Between the Gionee X1 and X1S

The Gionee X1S is the second smartphone in the Gionee X series.

It has better specs than the X1 which doesn't come as a surprise for a successor of another.

In comparison, the differences between the Gionee X1 and X1s are that the later,


Limited to these upgrades, every other spec that can be found on the X1 has been maintained on this successor.

Judging from its the XLS's specs, it is a midrange device aimed at lovers of a phones whose main selling point is not only their cameras but RAM size as well as battery.

Given below, is a review of the Gionee X1S specs, price, and availability.


The  Gionee X1S features mid-end specs in its external build and design, hardware, software, and cameras. Here's an overview of the Gionee X1S Gsmarena features:

This screen is slightly larger than the X1's screen and can still provide ease of use with one hand.

There is also a Corning Gorilla glass 3 on the screen to protect it from damaging when the phone drops from certain heights.

The X1S features the same metallic build of the X1, thereby sporting a sleek look, premium feel, and durability.

Its screen size and increase in battery makes it slightly heavier than its predecessor but still light enough to be handled for hours and carried about.

The X1S is available in two color options of Gold and Black.

A rear embedded fingerprint sensor that allows one to easily unlock this smartphone and capture images using their unique fingerprint, can be found on this device.

The Gionee X1S is powered by a 64-bit quad-core MediaTek MT6737T processor with a processing speed of 1.5GHz.

You get the same processor made and amount of cores scheduled to handle tasks, but ones did at a faster rate.

At that size, the Gionee X1S can handle the tasks of several apps simultaneously in its temporary memory storage.

There is also an inbuilt storage of 16GB which is expandable up to 256GB using a memory card.

Although this space is rather on the small side, support for expansion takes away this downside.

Users can have more than enough storage space while taking advantage of the features of a microSD card.

For its OS, the X1s runs on Gionee's customized user interface, Amigo 4.0 based on Android 7.0 Nougat.

The Gionee X1S has a rear camera whose resolution is 16MP and a front camera with a resolution of 13MP.

The resolution of both cameras is quite high, capable of producing images of remarkable quality.

Both cameras feature an LED flashlight that brightens up the object to be captured; a feature that is most helpful In low lighting conditions.

The battery capacity of the Gionee X1s is 4000mAh and is a significant increase from its predecessor's battery.

On full recharge, this battery can last well over a day even on heavy usage.

The battery is also non-removable and based on Li-ion technology.

The X1S is a dual SIM smartphone that supports two SIMs.

Other connectivity options for this smartphone include Bluetooth, Wi-Fi, USB OTG, GPS,  FM, 3G, and 4G.

The Gionee X1S was expected to hit online and offline retail stores in India starting from September 21st.

This smartphone seems to be targeted at the Indians but nevertheless, it might be shipped to African countries like Nigeria, Ghana, and Kenya.

Deducing from this price, and the current exchange rate, the Gionee X1S price in Nigeria is expected to range from ₦77,000 to  ₦80,000.

There are several remarkable features of the Gionee X1S.

I like the fact that it is coupled with a large RAM, battery, and good camera specs to provide an acceptable level of performance.

Are its specs on par with its price?

Just like its admirable features, it has a few downsides that may not really be of great concern.

A phone within this price range should have a higher screen resolution and pixel density, Or maybe my expectations from a phone are too high😖.