Gionee P8Max Specs and Price: The Gionee P8M is one of the latest smartphones released by the Chinese smartphone manufacturer, Gionee.

This manufacturer has ensured that everyone has a device whether they are looking for a sophisticated phone or a basic one that can serve their day to day requirements; and that the brand Gionee is one they might want to tag along with.

Their latest smartphone, the Gionee P8M is an example.

It is a low-end smartphone targeted at people who want a device with moderate specs, but can still provide a good user experience, and at the same time does not cost a lot.

For the price it is being offered, one should not expect any high-end features as it meets the necessities of a smartphone coupled with features that will still make you not miss your primary device while operating it.

It will serve you well when you're on a very tight budget, or you want a backup device for your main machine.

Compared to devices in the same range, this smartphone is a competitor to some low-end devices out there because its design and performance other than being remarkable can offer an acceptable level of performance.

Outlined below, are the specs of the Gionee P8M that makes it a better smartphone among many others. 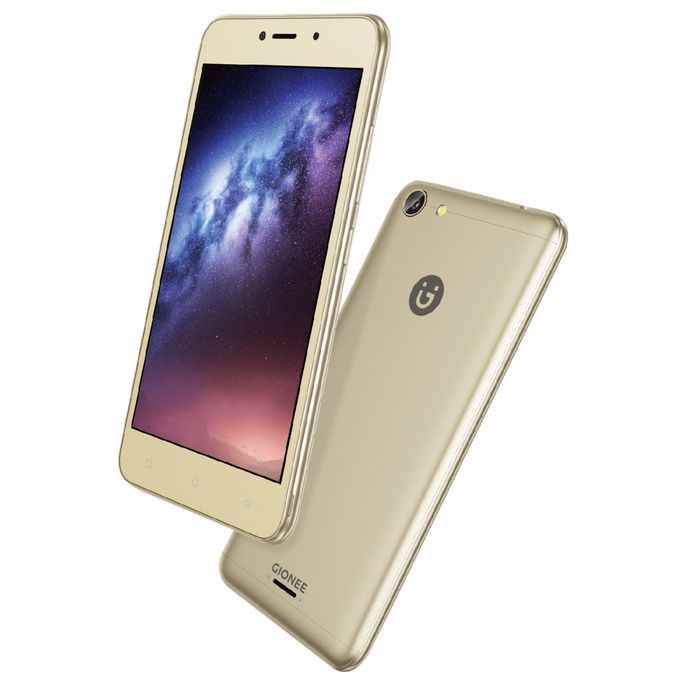 The Gionee P8M features low-end specs in its external build and design, hardware, software, and cameras. Here's an overview of the Gionee P8M Gsmarena features:

This display screen is comparable to the Xiaomi RedMi 5A's screen and is capable of providing a sharp and clear screen to be viewed and read from.

By the screen size, this device is very portable thereby giving users the ease of usage and handling for long hours.

The P8M's body is made of metal instead of a plastic build as would've been expected for a device in this range.

Its build makes it a classy device stunting a sleek look and premium feel with added durability.

For its available colors, You can get the P8M in either Gold or Black color depending on which you fancy more.

There is no fingerprint scanner of this phone, which should not come as a surprise, but with the use of passwords and PINs, you can still grant access permission to files on this phone.

Gionee P8M is powered by a quad-core MediaTek MT6580 processor with a processing speed of 1.3Ghz.

There is also a RAM on this device whose capacity is 1GB and an internal memory storage of 8GB.

Gone are the days where low-end devices featured a RAM size of 512mb because this RAM size is capable of handling its tasks which are not expected to be heavy ones.

The inbuilt storage can also be supported by an external memory card up to 128GB if in any case there is a need for additional memory.

For its user-friendliness, Gionee has preloaded this smartphone with its customised User Interface, Amigo version 4.0 on top Android 7.0 Nougat.

This operating system as one of the latest versions of Android comes with several features some of which bring about efficient memory management and aid in providing a device with a long battery life.

Although an 8MP and a 5MP front camera would've been better options to complement its rear and front cameras respectively, this is not the case.

While this value does not determine the quality of images that will be produced, much should not be expected from its front camera.

Images may tend to blur or lose their quality,

But then, this conclusion is based on its specs sheets and not real life operation.

One is still allowed to judge a book by its cover😉.

The battery capacity of the Gionee P8M is 4000mAh.

Now, this is quite a surprise!

I'd expected a device with at most 2500mAh battery judging from aforelisted low-end specs.

The battery is not on par with these specs, it's definitely better!

You can expect a two day's use of this phone before there is need to recharge even on heavy usage because there aren't a lot of battery sucking features on this phone to begin with.

The P8M is a dual SIM smartphone that supports the use of two Micro SIMs.

Now either of these SIM slots is not hybrid slots. Hence you can use a microSD card to support the devices inbuilt storage.

Other connectivity options for this smartphone include 3G, Wi-Fi, and Bluetooth 4.2.

Currently, the Gionee P8M is available in Nigeria as with other African countries like Ghana and Kenya.

This smartphone can be purchased from online and offline retail stores in either country.

For the price the Gionee P8M is being offered, I think there are better options than this smartphone.

There's the Xiaomi 5A for instance, which is actually a mid-range device but in the same price range as the latter.

On the bright side,

Its large battery capacity might be a good trade and make up for these downsides.

Once again, Gionee is showcasing what it is reputably known for, which is providing devices with the best battery life.