This smartphone is called, Blackberry Motion, and it is one of the few devices (DTEK60 and DTEK50) from Blackberry fully powered by the Android OS.

Comparing the Motion to early Android Blackberry smartphones, they were not fully enhanced to provide the best features of the Android OS.

Although they could run some Android apps and games, glitches were experienced every now and then.

A game like Real football on the BlackBerry Z10 lagged and caused occasional device reboot despite featuring a 2GB RAM.

Instead of so-called Android devices from Blackberry with a greater functionality controlled by the Blackberry OS with a little coating of Android, we have devices that are running fully on the most popular OS on smartphones.

The same has been the case for Nokia migrating to the Android OS from the Windows OS.

Generally, while it is good to be unique and stay unique, it is better to go with the trend.

The motion like the Blackberry Leap, Z10, and Z30, is also one of the few smartphones from this company to come with a full touchscreen instead of a QWERTY layout as is customary.

More specifications of the Blackberry Motion and its price have been outlined in this post,

And they are ones that will let you know how the brand Blackberry has evolved within the past few years from their first Touchscreen Android smartphone to 2017's Android BlackBerry Phones.

If you've still got a soft spot for BlackBerry phones, then you might consider this phone that is said to be on par with the Honor 9, Moto X4 and HTC U11 Life. 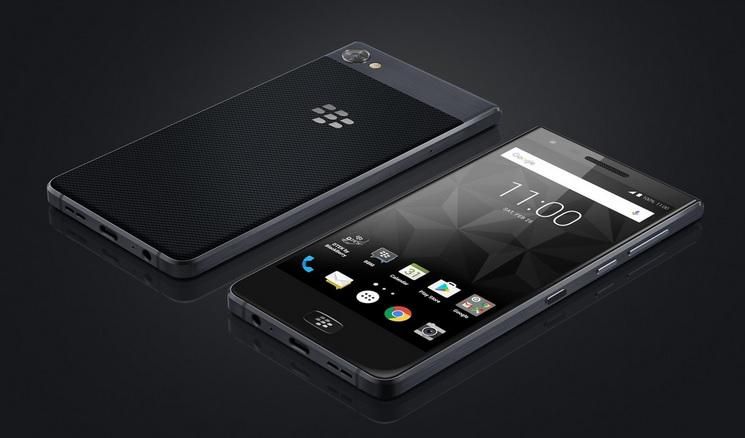 One can liken these specs to the iPhone 8 Plus's screen since it is standard and as expected, can also offer great color reproduction due to its moderate screen size, but high resolution and pixel density.

This screen also features a nano-diamond coating design like the BlackBerry Keyone; this design takes away the need to use a glass screen protector since there won't be noticeable scratches on the screen.

The Motion's body is made from plastic but with aluminum at its sides, which makes for a lighter device and slim one with a dimension of 155.70 x 75.40 x 8.13 (height x width x thickness).

Its textured back gives it a comfortable and firm feel in the user's hand, thereby reducing accidental slips and falls that could affect its durability.

Instead of rounded edges which is usually the case for most high-end devices, the Motion has square edges that give it a unique look even though a less appealing one as compared to a device without right angle corners.

There Blackberry motion has an IP rating of 67, which translates into a smartphone that is not susceptible to water (can be immersed for about 30 minutes in up to 1 meter of water) and dust.

You can operate with it under the rain, and go swimming with it for a couple of minutes as well as be assured that dust won't accumulate in its internal components.

In terms of security, users will get a front embedded fingerprint sensor for authentication and privacy control.

The location of this sensor could be the device's added advantage since you no longer have you pick the smartphone from the desk to unlock or maneuver your finger behind to capture pictures.

The only available color option for the Blackberry Motion is a Black, which does not come as a surprise since most devices from this manufacturer are either Black or White; nothing fancy.

Come to think of it,

How else would it be a Blackberry when it's Red?😏

The BlackBerry Motion is powered by an octa-core Qualcomm Snapdragon 625 processor with a frequency of 2GHz and Adreno 506 GPU.

It comes with 4GB of RAM and an internal memory storage of 32GB which can be expanded using microSD card up to 256GB.

The RAM size is good and it is comparable to Samsung Galaxy's S8 RAM.

It can offer a high level of multitasking, resulting in a device that is lag-free as well as one with an adequate amount of storage to support the user's files.

Given that Android 8.0 Oreo is currently available only on Google-powered devices like the Pixel 2 and Pixel 2 XL, the Motion runs on the previous version of the OS, Android 7.1 Nougat with hopes for an update to the latest version when other non-Google Android smartphones get it.

With an Android OS, you can enjoy the thousands of free apps and games on Google PlayStore instead of Sideloading it to your Blackberry Motion or rely on when it's finally available in the BlackBerry Store.

Compared to previous Blackberry/Android Models like the Q10, Z10, Z5 etc, there is also a Blackberry Hub on the Motion.

It contains all the messages on the device, categorizing them based on their platform with the use of tabs.

You can have your Facebook, WhatsApp, Telegram, etc. messages and manage all your Emails in one place.

Other than the fingerprint sensor on the Motion, there is also a Privacy shade feature that allows only part of the screen to be illuminated at certain times, thereby keeping your work private from whoever may want to poke their eyes into your screen while the phone is being operated.

The BlackBerry Motion features a 12MP rear camera with a f/2.0 aperture.

The rear camera has a scanner to enable you to transfer copies of text and images in a document into your phone.

At its front, is an 8MP camera with 84-degree wide-angle and LCD flash.

The resolution on both cameras is high, high enough to produce images and videos with good quality.

For its best feature, the Blackberry Motion's battery capacity is 4,000mAh.

What does this mean?

You will no longer have to worry about Blackberry phones with a 1000mAh battery capacity, or battery issues on a Blackberry.

This is because this capacity is large enough to store enough power to give the device a long battery life.

This battery is non-removable and is based on Li-On technology.

While pulling out the battery to reboot the device when its keys aren't responding might be an issue because of a sealed battery, the internal components of the phone are protected.

The Blackberry Motion features a Qualcomm QuickCharge 3.0 technology and a BlackBerry Boost mode to give fast charging speeds that can provide 50% power after a 40-minute charge.

In terms of connectivity, the Blackberry Motion is a single SIM smartphone, and it has support for 4G LTE resulting in faster streaming and download speeds compared to a 2G or 3G network.

The Motion also has support for Wi-Fi, GPS, Bluetooth, and USB OTG.

Sales of The BlackBerry Motion began in the Middle East and Canada on November 10 at a price of about $450.

But currently, the Motion is still not available in African countries like Nigeria, Ghana, and Kenya.

When the smartphone is available, it can be purchased from reputable online stores in either country.

Deducing from this price and the current exchange rate, the Blackberry Motion Price in Nigeria is expected to range from ₦160,000 to ₦200,000.

The BlackBerry Motion has great specs given that its cameras are good, likewise its battery and RAM.

There are security measures put in place to enhance the level of privacy.

But to me, it's just like any other device out there in the same range.

For a brand that should be winning back their customers with their latest BlackBerry Smartphone, this might not be one to turn heads.

They could afford to build a device with a battery capacity that large all these years but chose to give users a device barely above 2000mAh.

Ohh how that hurts my friend😭! To think of the number of times I had to charge my Z10 in a day.

A BlackBerry device at this point does not appeal to me like it did years back.