The duo was released in August 2017 to complement each other, which is common practice by smartphone manufacturers to release the base model along with its slightly upgraded variant either tagged, Pro or Plus.

In 2017 alone, we've seen several devices from Tecno Mobile including the Camon CX Air, Camon CX, W4, Phantom 8 and 8 Plus.

Tecno as with Infinix and Gionee is in the business of releasing several devices in one year, devices with great capabilities and offered at a reasonable price.

Probably before the year runs out, we might be getting another device.


As members of the new Tecno series called 'Spark', their specs help us deduce that just like the Camon series, this is a camera-centric series targeted at selfie and social media enthusiasts.

Although they could've been placed alongside devices in the Camon series, the wave of excitement stirred now wouldn't have been the case given that there are better-specced devices like the Camon CX, in the aforementioned series.

A new series would mean drawing users attention to something different, thereby taking away the would've been inevitable criticism.


The Tecno Spark Plus K9


While the Tecno K7 is targeted at lovers of devices with portable size and not too large display, the K7 is for lovers of those with a massive screen that gives more ease in viewing content on the screen even from a distance.

Now that the first major difference between the Spark K7 and Spark K9 has been hinted, there are also other noticeable upgrades in the later.

These upgrades include improvement in RAM size and battery capacity; improvements that make the Tecno K9 come with a different price tag.

Those aside, you get the Spark K9 in a different size and with better features. 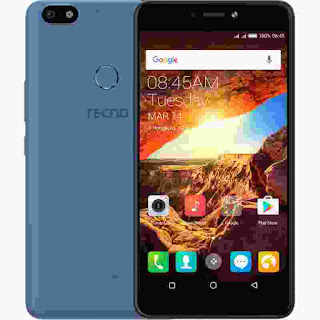 In comparison with the Tecno Spark, this variant houses a bigger screen, lesser pixel density but the same screen resolution.

Although the differences between both screens in terms of text and picture quality might not be noticeable, the Spark's screen is still expected to be sharper than that of the Spark Plus's.

But then as already stated, this disparity might go unnoticed by users especially when the K9's screen is viewed from a distance.

If you like a phone with a large screen that provides a wide keyboard layout for typing and ease in viewing and reading from the screen and also gaming, then here's your Phablet.

Coupled with its 2.5D glass with curved edges allowing the phone to fit perfectly into the hands, the Tecno K9 will definitely give you a good gaming experience with its widescreen angle.

Like the K7, the Tecno K9's body is made of metal to maintain the same premium and durable build of its base model.

Colour options of this smartphone that allow users to get the K9 in their most preferred color include Anthracite Grey, Champagne Gold, Scarlet Red, and Elegant Blue.

This quick and smart scanner which serves to unlock the phone can also be used as a button to capture pictures.


Specifications of the Spark Plus provided on Tecno Mobile's website, show that it is powered by a quad-core MediaTek processor with a frequency of 1.3 GHz, which is exactly the same as the processor specs of the Tecno Spark K7.

Users can expect fast operations from this speedy processor, the same level as the operations are carried out on the base model.

The RAM size of the Spark Plus is 2GB, which is twice as large as one variant of the Spark with only IGB RAM.

An increase in RAM translates into better multitasking levels with support for a larger number of apps and games to be run simultaneously.

The K9 also features the same 16GB internal memory capacity of the K7, expandable up to 32GB using a memory card.

Minimal storage area coupled with support for expansion means users of this device will still have more than enough space to store their files.

The operating system of the Tecno Spark Plus is HiOS based on Android 7.0 Nougat. In the near future, users may be able to upgrade this smartphone to the latest Android OS, 8.0 Oreo.

This OS provides a clean and easy to navigate user Interface which comes with the perks of using an Android device.

The Tecno Spark Plus K9 cameras have a resolution of 13MP and 5MP for the rear and front camera respectively.

As with the hardware specs, these camera specs are the same as that of the Spark K7.

On either camera, there is an LED flashlight that lightens up objects to be captured making the resulting image bright, which is most useful in lowly lit areas.

The front camera features several beauty modes to better enhance the look of pictures captured, ensuring that users get an image that looks good enough to be confidently shared on their social media profiles.

The major highlight of the K9 is its camera and as I've already stated, this device's camera is on par with that of some devices in the Camon series.

The resolution on both cameras is good, even the pictures produced are a replica of what the user sees.

Tecno Mobile claims that this battery on full recharge can last for two days on moderate usage and well over one day on heavy usage.

There is no 4G LTE connectivity on the K9, that being so, users of this device will be limited to 3G connectivity as their fastest connection speed.

There is also no fast charging support on the Spark Plus with the use of a USB TYPE-C Port, same of which is the case on the Spark.

The K9 is a dual SIM smartphone and other connectivity options include Wi-Fi, Bluetooth 4, GPS, and OTG.

The Tecno Spark Plus K9 is available for purchase in Nigeria as with other African countries like Ghana and Kenya.

For me, the only difference between the Tecno Spark Plus K9 and the Spark K7 is the screen size.

While the battery capacity of the Spark Plus has been increased, it isn't a significant increase.

In reality, a larger screen tends to drain more battery power, on that account,  if one has to add one with the other, you're still getting the same battery life of the Spark K7 if not less.

Next up on my list is the fact that there is an increase in the K9's screen size but the same resolution maintained.

If Techlass had to take a pick between both variants of the Spark, she'll definitely go for the Tecno Spark K7 not because it has a lesser price, but because its higher variant isn't much of a charmer😖.