This way, they have ensured that there is a still a device that meets the requirements of a class of users and their purchasing power.

It has been the case of the newly released premium Tecno Phantom 8 in the high-end segment and now, the Tecno Spark K7 and Spark Plus K9 in the midrange segment.


What's with the Spark Series?

They were both released in August 2017 and months later, users are still excited about the device judging from the trends on the net.

Truly, a spark has been ignited!

If the first two devices of this series are impressive, then we expect their successors to be better devices.

While these two could have been the latest devices in the Camon series judging from their bumped up cameras,

I doubt their specs would've been appreciated that much owing to the fact that there are better-specced devices in the Camon series even though they're more expensive than these. 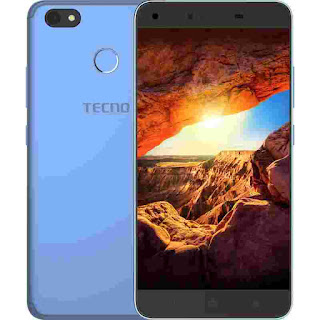 The lesser specced and cheaper variant of the duo in the Spark series is the Spark K7.

According to Tecno Mobile, the Spark K7 has been targeted at the social media enthusiasts, the young and the stylish, so if you are, you better get aboard the Spark's ship.

The K7 is a device whose specs can be said to be remarkable correlating its specs with its price tag.

The highlights of this device include its camera as I've seen its real-life operation, and can say most phones in that range can't outdo the Tecno Spark K7's camera.

Asides the camera, what other specs make this device a good choice if you're out to purchase a quality device within a reasonable price range.

We've got you covered with a review of the full Specifications, features, and price of the Tecno Spark K7 outlined in this post.

While the resolution and pixel density are rather on the low side, more resolution packed in would mean a higher price tag.

Tecno Mobile claims that this screen is still bright enough to be read and viewed from even under the sun, thanks to its brightness level of 450 nits. It also makes for clearer and brighter display of texts and graphics.

The screen size of the Tecno Spark gives it portability and will be favored by lovers of small devices that are easier to handle with one hand, carry about and fit into a pocket.

Also, Its 2.5D glass screen gives the phone smooth round edges that make it fit comfortably in the user's hand when operated with. It also gives the screen some level of protection from scratches.

The body of the Tecno K7 is made from metal which does not come as a surprise for a mid-range device.

This building material gives it its premium look and makes it durable despite the occasional falls it might be susceptible to.

The dimension of the Tecno Spark is 153 x 76.4 x 7.9 mm, meaning that it is slimmer than the newly released Infinix Hot 5 in the same range, but just as slim ass the Tecno Phantom 8 and iPhone 8.

Instead of onscreen navigation keys which is common in Tecno devices, the K7 is among the few that have gotten physical navigation buttons.

Targeted at the youths, this device has been made available in eye-catching colors for those who will want the Spark in a color that meets their eye and complements their style.

To provide a high level of security and take away the need to unlock the device with PINs, patterns, and passwords, the Tecno Spark features a rear embedded fingerprint sensor.

This fast and responsive sensor allows for swift unlocking of the device and serves as a shutter button for capturing images.

The Tecno Spark K7 is powered by a quad-core MediaTek processor with a processing speed of 1.3Ghz.

With 4 cores scheduled to carry out specialized tasks, this processor is a speedy one that can carry out operations such as gaming, video streaming and surfing at a reasonable speed.

This user interface comes with features such as:

Based on RAM options, there are two variants of the Tecno Spark K7.

That being so, one variant has 1GB while the other has 2GB RAM, both of which have a 16GB internal memory storage that can be expanded up to 32GB via MicroSD card.

While the one variant's RAM capacity is on the low side, users might find it needful to go for the second variant.

Also, support for expansion on both variants means that a microSD card coupled with the 16GB inbuilt storage can provide a large enough space for you to store your files.

The Tecno Spark K7 features a 13MP rear camera with a F/2.0 aperture and LED flash.

It also features a 5MP front camera with front flash and screen flash.

Both cameras with support for LED lights mean users can still capture clear and bright images in lowly lit and dark areas.

The K7's front camera has a 120° panoramic selfie and 83° wide angle that can perfectly fit 3 people at once into the same picture.

The camera is the major highlight of this smartphone as pictures captured are of great quality. It can be likened to the camera quality of the Infinix Hot 4 Pro, if not better.

What you have seen in person is captured by SPARK and accurately reproduced with true-to-life effects.

The battery capacity of the Tecno Spark K7 is 3000mAh. This battery is based on Li-ion technology, and its capacity is large enough to give a 2-day battery power on moderate usage.

A slightly low screen resolution made up with a large battery capacity is a good compensation.

This screen will tend not to consume much battery power and the battery can ensure users get long hours of productivity.

The K7 is a dual SIM smartphone that supports the use of two Micro SIMs.

Other connectivity options available on this device include GPS, WiFi, micro USB, Bluetooth, and 3G.

There is no 4G LTE connection that would've resulted in faster streaming and downloads speed on the Tecno Spark K7.

In Nigeria as with other African countries like Kenya and Ghana, the Tecno Spark K7 is available.

The smartphone can be purchased from reputable offline and online stores in either country.

The Tecno Sparks id offered at a price of about $100.

If you must purchase the Tecno Spark, then the 2GB variant is what you should go for.

A device with a RAM of 1GB will tend to lag and hang because the main memory is insufficient to handle an acceptable level of multitasking.

Also, coupled with the sophisticated apps and games we have lately which demand more RAM space, there will definitely be automatic apps/games shut down.

Browsers will tend to close of their own accord, games getting stuck on the screen and occasional rebooting of the phone required to restore normalcy.

Imagine having to reload tabs on your browser each time you minimize the browser app. If that isn't a good thought, then the real-life experience will be just as unpleasant.

But stay with me:

From experience, Techlass can say this is one of the best cameras on a midrange device.

Pictures captured are of great quality, having a very close resemblance to the object captured in real life,

Unlike some cameras that tend to poorly enhance the photo, finally making it look different from what is seen in reality, the Spark's camera is remarkable.

If there are major reasons to buy this phone, it'll be for its camera and battery.