First launched in an event in Dubai, UAE, the Phantom 8 has been tagged 'Capture Your Legend'. 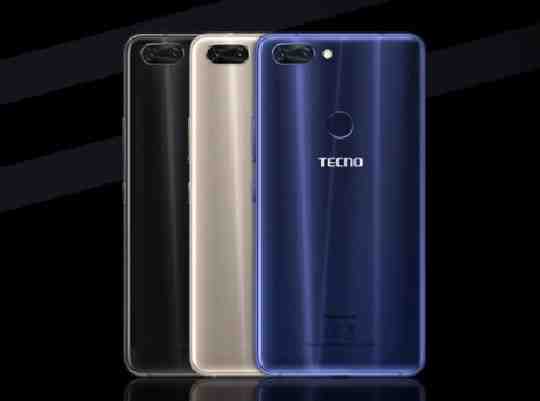 
As Infinix is reputable for the Note series, Samsung for the Galaxy series, Gionee for the Marathon series, so is Tecno Mobile for their Phantom series.

The most premium Tecno devices and probably the most expensive are usually members of the Phantom series.

Like the word 'Phantom', as a figment of the imagination or a fantasy, this series brings illusion to reality.

Worthy of note is their dual rear cameras that make the series compete with series from other brands.

I think great devices with technological improvements from Tecno Mobile brought an end to the era where users hide the Tecno logo with a pouch or sticker😒.


The Phantom 8 as a Successor

No! that wasn't an error.

The Phantom 8 succeeds the Phantom 6, dwindling users expectations of a Phantom 7.

The same has been the case for Apple with their newly released iPhone 10, being a higher variant of the iPhone 8 instead of a non-existent iPhone 9.

These manufacturers are hinting that we shouldn't always expect the serial naming for their succeeding devices, there is always room for adjustment.

Not to burst your bubble, I for one don't see the point in these namings since my priority is the real-life operation of the phone.

There's the Samsung Galaxy S8, the iPhone 8, and now the Phantom 8? Errmm looks like Tecno has it in for these guys😏.

Like most mobile enthusiasts have tagged it, this is a class of the 'Super 8' where Tecno has just reserved a seat😁.

That aside, let's take a look at the Phantom 8 specs,

Is it any good?

Does it hold a promise of providing a higher level of performance than the Phantom 6?

Can it make you a proud user of the Tecno brand?

And still be a device that will give the Phantom 6 a run for its money?

I'll let you be the judge after looking at the Phantom 8 full specifications outlined in this post, specs that could mean we have just gotten the best Tecno phone in 2017.


The  Phantom 8 features high-end specs in its external build and design, hardware, software, and cameras. Here's an overview of the Tecno Phantom 8 Gsmarena features:

This screen size and resolution are the same as the newly released Infinix Note 4.

In comparison with the 6, the 8's screen is 0.2 inches larger than the latter, but with the same resolution and pixel density.

The same screen type and quality but on a larger screen might result in a less sharp screen compared to the 6.

This is because a larger screen tends to stretch the image and text wider, and could be less clear even though not noticeable especially when viewed from a distance.

Like its predecessor, there is also a Corning Gorilla glass to protect the 8's screen from cracks that may occur when the phone drops from certain heights.

Other than offering a protective screen, the smooth and curvy edges of the Gorilla screen as seen on the Gionee M5 gives this device an impressive look.

Sporting less than a 6-inch screen of the Phantom 6 plus means this device is not a phablet.

Nevertheless, it is still large enough to fill your hands, provide a large enough screen to be read from, watch movies, and play your favorite games.

The Phantom 8's build is made of metal with a 3D diamond fire design back cover.

According to Tecno Mobile, this diamond design is made from 8 processes whose result is a phone with a unique body that shimmers like a diamond.

Moving the phone back and forth under the light, reflected rays of light can be seen.

Now, how much more premium can that get!

This increase in size may be attributed to the Tecno Phantom 8's battery which has been increased in terms of size and internal capacity.

For security, the same fingerprint sensor of the Phantom 6 that is mounted next to the rear camera can be found on the Phantom 8.

But why stop there?

Other than giving ease in unlocking the device, enhancing the level of security over the use of pins and passwords, this sensor can also be used in capturing photos.

Since the Phantom 8 has no Iris scanner like the Phantom 6 Plus, we expect that if there'll be a Phantom 8 Plus, then it'll definitely come with this extra layer of security.

For now, we could almost be contented with only a fingerprint sensor.

The Tecno Phantom 8 is powered by an Octa-core processor with a processing speed of 2.6Hhz. The processor made is a 16nm MediaTek Helio P25 CPU.

This fast processor can carry out tasks such as surfing online, streaming online videos, and playing games speedily.

Tecno Mobile claims that the Phantom 8's processor makes the phone 70% faster than the 6 and its ability to run with less power makes it consume 50% less power than the 6.

The Phantom 8 RAM size is 6GB, which is twice the size of the Phantom 6's RAM.

If we use this specs sheet to deduce its real-life operation, then users can expect:

This is the largest RAM on a Tecno phone ever and we'll like to see Infinix's or Gionee's comeback device to the Phantom 8's challenge🙆.

Keep in mind that while this large size could just be a marketing strategy and might not even outperform a Samsung device with 4GB RAM, Techlass and probably some prospective users out there still love the idea of using a device with 6GB RAM.

Trust me, saying it feels just as good😚.

Other than the humongous RAM, there is an internal memory storage of 64GB with support for expansion with the use of a memory card up to 2TeraByte.

Well, at this point this is unbelievable even to me, but these are the confirmed specs from Tecno Mobile's website.

But wait for a second:

This expansion slot is a hybrid slot meaning that you will have to sacrifice using the second SIM if you must use a memory card on this phone.

If you just said dat one no mean😦, I presume that would be a drop in the ocean to you.

Some features of the HiOS sandwiched with Nougat that results in a good user experience while using the Tecno Phantom 8 include:

It is expected that in the near future, there will be an update to the latest Android OS, 8.0 Oreo.

Like the Phantom 6, the Tecno Phantom 8 also has two rear cameras but this time, with a resolution of 12MP and 13MP respectively instead of the 13MP and 5MP resolutions of the former.

While there have been major improvements in camera resolutions, there has also been several in the camera software.

The 12MP (wide-angle sensor) and 13MP (telephoto sensor) cameras have the ability to zoom an object to be captured up to 2 times and 10 times respectively, without losing the smallest details.

The cameras can read the depth of field information and separate the background from the foreground to keep objects in focus and background beautifully blurred.thereby producing better detailed images

The Phantom 8 also has a front camera with a whopping 20MP resolution, F/2.0 aperture, and dual LED lights.

Other features of the front camera that serve to enhance selfies captured include a '4 in 1' skin brightening technology with smooth mode and brighten mode.

Users can expect better clear and bright selfies with good video resolution during video calls with this selfie camera that is said to be 30% brighter than that of the Phantom 6's.

These cameras are the major highlight of the Phantom 8, and while devices in the Camon series are reputably known for their impressive cameras, those from a device in the Phantom series is now a force be to reckoned with.

We offer the best experience in photography. We are the representatives of camera phone.

What better camera could be made to 'Capture a Legend' than this!

The Phantom 6 Plus boasted of a 4050mAh battery and one would've expected something in that range from this latest variant.

While that is not the case, hopefully, the Phantom 8 Plus will be sporting a higher one.

What does the Phantom 8's battery offer?

It has been better optimized with its powerful processor to consume less power.

The battery with a Type C USB port can be charged 50% faster than the battery of its predecessor.

The 8 can be fully charged from 0% with 70 minutes, which is attributed to the speed of the Type C USB port.

This USB port also enables fast file transfers between the Phantom 8 and a PC.

For connectivity, the Phantom 8 features a 4G LTE Cat 6 that provides data download speeds of 300 megabits per second which Tecno Mobile claims is 50% faster than the Phantom 6.

The Phantom 8 is also a dual SIM smartphone with support for two SIMs (Micro and Nano SIMs).

Other retail stores in Nigeria will start selling the Phantom 8 from November 1, 2017, while African countries like Kenya and Ghana will also be among the first to get the device.

When the smartphone is available in either country, it can be purchased from reputable online and offline stores.

The Tecno Phantom 8 is offered at a price of $450, hence, the Phantom 8 price in Nigeria is expected to range from ₦124,000 to ₦145,000 depending on where you purchase it and the current exchange rate.

The Phantom 8 comes with a 12 months warranty offered by the Chinese company. It also offers a free screen replacement for the first damage incurred on the screen.

What I admire most in the Phantom 8 is its RAM size and inbuilt storage, meaning seamless multitasking and more than enough space to support your files.

The Phantom 8's camera is just as good, to the selfie enthusiast, this will not be a disappointing device.

On the other hand, I can tag the battery capacity of this smartphone as its downside since we've seen less specced devices like the Tecno L8 featuring a battery whose capacity is 5050mAh.

It now boils down to real life operation and not the actual values attached to the specs sheet but then, users like to see a big number to believe something is better than the other.

For the price it's being offered which is fair and doesn't require you rob a bank to purchase it, the Tecno Phantom 8 is a great device whose specs is on par with devices from Samsung and Apple.