Iphone 8 Gsmarena Specs and Price: Three of the latest smartphones released by Apple in September 2017 are the Iphone 8, 8 plus and Iphone X.

These high end devices are a successor to 2016's iPhone 7 and are currently, the most anticipated and reviewed smartphones on the net.

Although most mobile enthusiasts were expecting only the Iphone 8 and its upgraded variant, the Iphone X tagged '10' in roman numeral as part of the trio, is quite the surprise.

Let's just say they've saved us the mind nibbling task of expecting an iPhone 9, but created more speculation as to what the next iPhone will be called.

But what's with the iPhone 8?

It has been a trend for a decade now by Apple Corporation to release one smartphone in a year and probably its Plus/S/C/slightly upgraded variant.

But the odd thing is, we've never had three devices in the same year (not if you exclude the Iphone SE from 2016) unlike some smartphone manufacturers that release 3 to 4 smartphones yearly.

What makes the iPhone 8 a device from Apple worth being owned and a better upgrade to its predecessor?

How is it any different from devices from top players like Samsung, Huawei, Nokia and the Likes?

A review of the iPhone 8 specifications below will give you an insight to the features that bring about the great capabilities of this device.

The much expected smartphone even before its arrival had stirred a wave of excitement among iPhone users and probably a wave of jealousy among non-iPhone users😫.

Now that it's here, lets hope some people have found a way to curb their feelings.


Here's an overview of the Iphone 8 Gsmarena features: 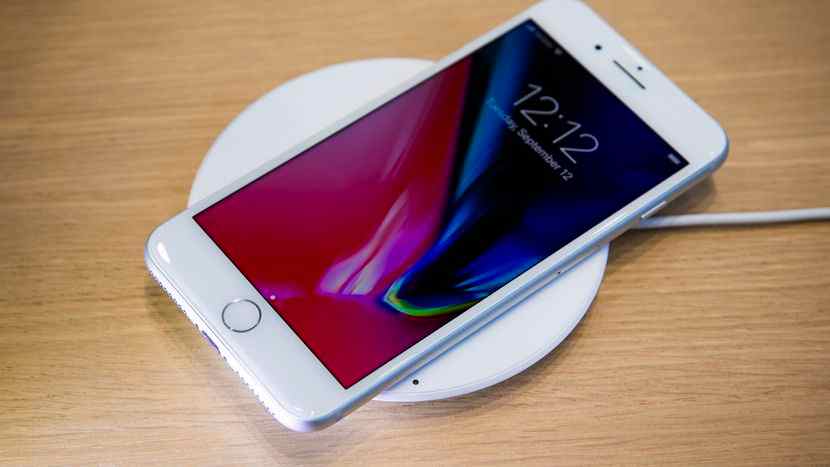 This screen size, resolution and pixel density is the same as that of the Iphone 7. The major difference is in the screen type, where the Iphone 7 featured an LCD screen.

This makes for an improved viewing experience that is more natural like since the screen can adapt the color palette of the display to the ambient lighting conditions in one's environment.

The screen also has a Fingerprint-resistant oleophobic coating that makes oil and dirt on ones fingertip when placed on the phone invisble. It also makes the screen scratch and water resistant.

The 8's screen size makes it very easy to operate and handle the device with one hand, but lovers of large devices that give more ease while typing may not find this size one to reckon with.

The Iphone's 8 body has the same metallic build of the iPhone 7 but this time, a glass back.

This design gives it a more sleekier and premuim build than the latter and its durability would've been questionable since an aluminum build is less susceptible to cracks and scratches.

So what's the catch?

Apple claims that the device has been constructed from the most durable glass that has ever been used in a smartphone hence, that won't be a thing to fret over.

the glass-body iPhone 8 is the first smartphone “really created for augmented reality,” with improved power and graphics over its predecessors.

One would've expected a slimmer device as an upgraded variant of another, but certain specs that bring about an increase in the iPhone 8's build will be seen shortly.

Like the iPhone 7, you can immerse the iPhone 8 in water up to 1 meter for about 30 minutes because the device is splash/water resistant likewise dust resistant due to its IP67 rating.

Other than dissimilar screen type and body build as the major differences, you get almost the same device as the iPhone 7 in terms of design.

The iPhone 8 also a has fingerprint sensor that is built into the device's Home button. This sensor is front embedded, allowing users to unlock their devices fast without the need to pick it up first.

This hexacore processor is the newest from Apple, and it consists of two performance cores and four efficiency cores.

If you thought that the iPhone 7 is fast, then this successor is even faster since its CPU runs 30 percent faster than the iPhone 7's CPU, more efficiently and even consumes half the power.

The iPhone 8 also runs on the latest Apple Operating system for Android and Tablet, called iOS11.

Some of the iOS11 features of the Iphone 8 that gives it better multitasking capabilities, better image capturing cameras and generally, a more enhanced level of user experience than that of the Iphone 7 include:

Like Amazon’s Alexa and Google's Assistant, Apples's Siri artificial intelligence comes with more languages for translation services. It can translate the user's speech and give a response. Other features of Siri include:

The iPhone 8  features a 12MP rear camera with f/1.8 aperture and digital zoom up to 5x. It also has a 7MP front camera for selfies and FaceTime.

This device's rear camera unlike the iPhone 8 Plus's own, is not a dual-lens camera. With just one rear camera, camera effects like Apple’s Portrait mode and Portrait Lighting that change the lighting of a subject’s face in images are absent.

Other than its high resolutions that make for even better images and videos than those captured by its predecessor, some features of the iPhone 8's cameras include:

These camera features of the iPhone 8 make for clearer, brighter and more colorful images and videos.

Although this capacity is 8 percent smaller than the 1960mAh battery of the iPhone 7, it is still expected to offer a full day's use before there is need to recharge.

Apple claims that the iPhone 8 can offer the same battery life as the iPhone 7, so you might as well take their word for it if not mine😏.

There is a Qi-based inductive wireless charging support for the iPhone 8, where you can charge the device without cables but by placing the phone on a Qi-compatible wireless charger.

There is also a fast charging support on the iPhone 8, where a 30 minutes charge can give up to 50 percent battery power.

The iPhone 8 is a single SIM smartphone that supports the use of one Nano-SIM. Other connectivity options of this device include Bluetooth, GPS, NFC, USB and WIFI.


So, when does the new iPhone come out?

Deducing from this price, the current exchange and your location in the country, the iPhone 8 price in Nigeria is expected to range from 248,000 Naira to 301,000 Naira