Should you be excited or not?

For its price, definitely!

You get a device with similar specs as the Hot 5 but at a lesser price. 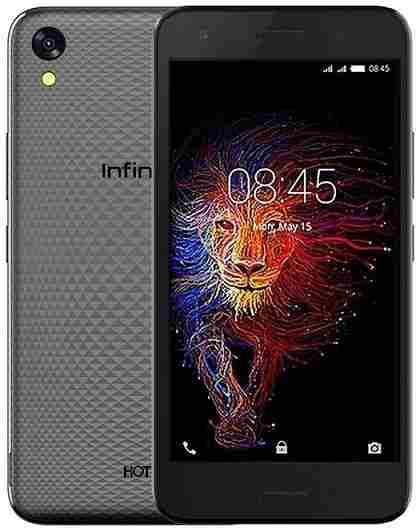 This variant is a member of the Hot series, a lower model of the Infinix Hot 5, and was also launched side by side with the latter.

The Hot 5 is a successor to the Hot 4, and the predecessor has a Lite variant which is now the case of the Hot 5.

At first glance, a tagged name 'Lite' of an Infinix device gives it away as a lower variant since every Infinix Lite model of a device has lower specs compared to its base model.

The Hot 5 Lite features some watered down specs that makes it the cheaper smartphone of the duo.

What is the difference between the Hot 5 and Hot 5 Lite?

The Infinix Hot 5 Lite's RAM capacity is lesser than that of its base model.

You'll probably leave after being told, so i'll save the rest for latter😏.

Other Infinix Hot 5 Lite specs that show how it differs from the Hot 5 and and closely resembles it
by featuring similar specs as the latter are given below.

These specs will help you know if you can expect the same level of performance as the Hot 5 or a lesser one.

Also, you can decide if the Lite variant is worth acquiring or you should rather throw in some extra cash to acquire the base model.

Here's an overview of the Infinix Hot 5 Lite Gsmarena Specs

Any difference to the Hot 5's screen?

In comparison to its higher variant's screen, you get the same colour reproduction and wide viewing angle that are both great for watching videos and playing graphic intensive games.

The screen size at 5.5 is moderate, but may look like a big chunk when inserted into a pocket. (This is where you have to be careful of area boys😎).

Featuring the same build material and body dimension as that of the Hot 5, it makes for a device that is very light to be operated/handled for hours, and carried about without feeling a huge weight.

Comparing this build to that of the Hot 4 Lite, this device is lighter and slimmer than the latter at 175g heavy and 8.8mm thin.

This means that users will have to make do of passwords, pins, patterns or third party apps to secure the phone.

You didn't think you could get away with a device with a fingerprint sensor at a lesser price did you?

The Infinix Hot 5 is powered by a quad-core MediaTek processor with a processing speed of 1.3GHz.

This means that the level of multitasking will be less where lags and hangs may be experienced occasionally due to a large number of apps being temporarily stored in a smaller RAM.

It gets better or worse.

Looking on the bright side😒,

The Hot 5 Lite comes with the same 16GB Inbuilt storage of the Hot 5, and this storage can be expanded using microSD card upto 32GB.

The Infinix Hot 5 Lite battery capacity is 4,000mAh. This capacity is the same as that of the Hot 5, and is large enough to provide a 2 day's use on moderate usage.

According to Infinix Mobility, It can support talk time upto 35 hours on 2G network and 24 hours on 3G network, and also a standby time of 837 hours.

There is also a fast charging support that ensures the device is fully charged within a few minutes.

The Infinix Hot 5 Lite is a dual SIM smartphone that supports the use of two micro SIMs.

As it is the case of the Hot 5, this device does not also have 4G connectivity support. Instead, It only has 2G and 3G support.

Other connectivity options of the Hot 5 Lite Include Bluetooth, Wifi, GPS, OTG, and USB.

Its sensors include gravity, ambient light, proximity and e-compass sensors.