Home   Android how to make your android battery last longer is it bad to charge your phone when it's not dead? Tech tips and tricks Does Charging Your Phone Overnight Ruin The Battery?

Does Charging Your Phone Overnight Ruin The Battery?

Most times, what to check when buying a new phone is the battery.

At some point, you must have wondered,


Irrespective of all these, if you do not know how to care for a battery, it won't last despite its specs.

A common notion is that leaving your phone or PC plugged in for prolonged hours or overnight actually causes harm to the battery.

But then, does it?

Are there other areas involving battery management that should be of greater concern than the frequency with which our batteries are charged?

This and many more will be covered in this post and it'll enable you know how to take of care of a battery be it that of a smartphone, tablet or a laptop.

You have to know the technology build of your battery and its capabilities in order to manage its limitations.

Narrowing down to smartphones, we have the Lithium-ion batteries and Lithium-Polymer batteries. 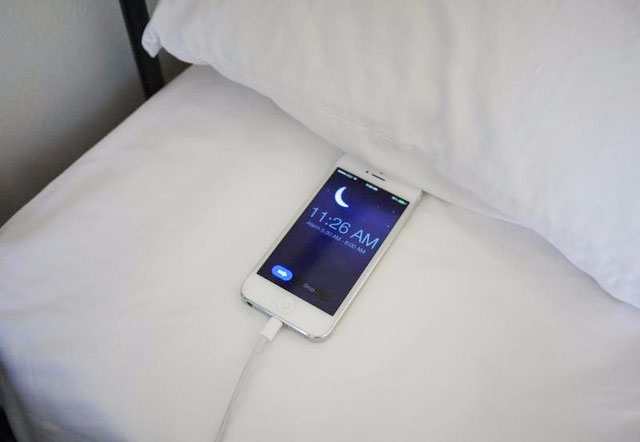 How Does Lithium-Ion battery work?

A battery is a simple cell with two electrodes and an electrolyte, where the anode and the cathode are the positive and negative electrodes respectively.

The anode produces electrons which migrate to the cathode when the battery is plugged into a complete circuit.

The movement of these electrons keeps your device powered on, and the gain of electrons by the cathode means that positively charged lithium ions are produced in the anode.

The positively charged lithium ions are attracted to the electrons on the negative cathode and hence, migrate there. This results in a loss in battery power.

The process is reversed when the battery is charged, where the anode gets crowded with electrons again.

Now that the basis is out of the way,


Should you leave devices like the macbook air or google pixel charging overnight?

Yes, you can leave your phone plugged in overnight.

Leaving your devices plugged in is not entirely bad for the device. There are several other factors that have more priority when it comes to good battery usage.

The listed below are reasons why and will  help increase the battery life of android phones, Laptops and Tablets.


Let's break each element down:

It is not in any way harmful if you don't unplug your smartphone, tablet or PC immediately charging is completed.

The software of most devices have power optimization features that enhance battery life.

Also, some devices are smart enough to trickle charge when necessary and you're even on the safer side since your'e charging with the device's original charger.

Charging all night or day is better than running down the battery before charging it again.

When it comes to deteriotion of a battery, higher priority is given to overheating as a major cause.

A device that overheats will most certainly damage the battery faster.

For laptops, it is usually advisable to pull out the battery while it is charged in to preserve its life when overheating occurs.

Overheating can occur if there are dust particles in the fans, broken hardware, or the cooling vents are blocked.

For smartphones, if there is a case on your device, it prevents heat from escaping easily. Heat produced as a result of charging, and prolonged use of the device.

This heat shortens the battery life, and would be advisable to take off the casing occasionally.

Prolonged charging in itself won't be the major reason your battery deteriorates but overheating.

It is better and healthier to charge frequently in bits rather than charge a device from 0% to 100%.

Your Lithium-ion battery will have a longer life span when charged in bits.

Keep all batteries in a cool dry place.

Your phone should not be left inside a hot car, placed on a PC or refrigerator.

When the phone charges too fast, it generates extra heat which as stated above is bad for your battery

Stick to your original charger and cables because they can minimize damage which may occur in high voltages chargers.

A battery will most certainly degrade with time. But following the battery saving guidelines above, how and when that happens can be determined by you.
Tags: Android, how to make your android battery last longer, is it bad to charge your phone when it's not dead?, Tech tips and tricks