Gionee M6s Plus Specs and Price

The Gionee M6s Plus is a midrange smartphone in the Gionee Marathon series, and a successor to the M6 and M6 Plus. The 'Marathon' Series abbreviated 'M' series has held several devices whose most remarkable feature is their battery capacity. Notable among these are the Gionee M5 and the M6 Plus, as two of the three devices that feature the largest battery capacity on any Gionee phone till date. The Gionee M6s Plus is the second iteration of the original model of the M6, where the other is the Gionee M6 Plus. Its Predecessor boasted of a large RAM and battery capacity, and also a dedicated security chip with 10 layers of protection that made it the world's safest android smartphone, hence users expectations from this device are high. 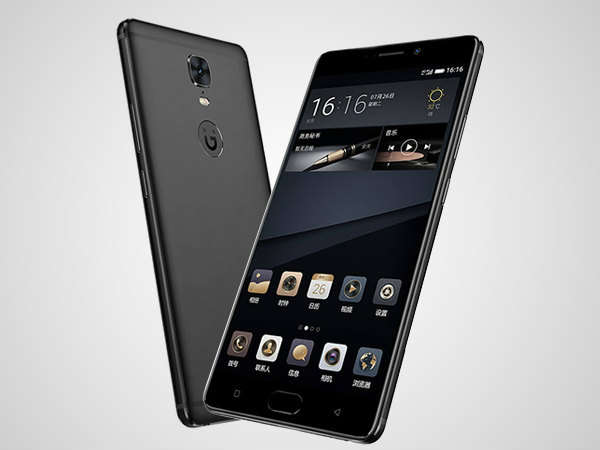 The M6s Plus as an upgrade to the M6 and M6 Plus features better specs than both, and holds a promise of offering a better level of performance but with a higher price tag. Compared to the M6, It features a different processor made and a significant increase in RAM, same resolution in front camera but reduced resolution in the rear camera, and an increase in screen size. To the Plus, the most significant improvements are the device's increase in RAM size and upgraded OS. From the Gionee M6s Plus specs outlined below, this smartphone deserves to be a member of the M series, positioned alongside reputable ones that have become one of the most sought after devices.

The M6s Plus features a 6.00-inch AMOLED display with a Full HD resolution of 1080 x 1920 pixels and pixel density of 367PPI . From the display specs, the screen of the M6s Plus is sharp, clear and bright enough to be viewed and read from even under the sun. This screen is quite large and will be most appreciated by lovers of Phablets. Serving as a protection against scratches on the screen is a 2.5D curved Gorilla glass screen, since a large device might easily slip from the users hand while being operated on or requires that extra care be taken while handling it.

As expected, this smartphone has a metallic build like its predecessor and this will help give the device durability. The M6s Plus has a dimension of 163.30 x 80.90 x 8.25 (height x width x thickness) and weight of 215g. It is slightly thicker than the M6 and M6 Plus, and heavier than both which are 180g and 215g respectively. This means that while users will have to work with a heavy device, they will also do so with one that has a large enough screen to provide ease of typing and more readability.

This smartphone also features a fingerprint sensor like the M6 and M6 Plus. The sensor is located at the device's home button, and the position of the sensor allows one to easily unlock the device without trying to adjust their fingers at the device's rear. The sensor also eliminates the need to use patterns, passwords and PINs to grant access rights. According to Gionee, the sensor is fast and responsive. There’s also an added security feature found on the M6s Plus, that is, a dedicated security chip that secures the users files, calls and SMS.

Gionee M6s Plus is powered by an octa-core Qualcomm Snapdragon 653 processor with four cores running at 1.95 GHz and the other four at 1.44 GHz. It has an Adreno 510 GPU for graphics rendering that will make gaming and watching movies an exciting experience. The processor made is quite different from the MediaTek processor sported on the other variants of this device. As with the processor of its predecessors, this processor can also ensure fast and smooth operation of the device.

The M6s Plus comes with 6GB of RAM, making it the variant with the highest RAM capacity where the other two came with 4GB of RAM. One can expect better multitasking capabilities from this variant, and one that is done seamlessly. Graphic intensive games and apps that require alot of memory to run will still not bring about hangs and lags as a smooth running of the phone can be expected.

Coupled with the RAM, the M6s Plus has two variants based on its inbuilt storage. The variants have either an Inbuilt storage of 64GB or 256GB, both of which can be expanded with the use of a microSD card. While one variant has a more than sufficient space to make do without an external storage, the other variant will have to depend on an external storage to support more user files. The M6s Plus also runs on the  Android 6.0 Marshmallow ontop Gionee’s customized user Interface Amigo 3.5 UI. There might be an update of this OS to the latest Android Nougat OS.

The Gionee M6s Plus sports a 12MP rear camera and an 8MP front camera, both featuring f/1.9 aperture and  f/2.0 aperture respectively. Compared to the M6 and M6 Plus cameras, the resolution of its front camera is the same, but has a slight reduction  in the resolution of its rear camera. Despite its lowered resolution, this camera can capture images that still have good quality, even better than those of its variants. Features of the M6s rear camera include dual-tone, dual-LED flash, phase detection autofocus and HDR.

The battery capacity of the M6s Plus is 6020mAh, and it is the same as  the battery of the M6 Plus, but a 1,020mAh larger than that of the M6. This battery is non-removable, and is based on Lithium Polymer technology. Since there are a few power consuming features on this device including its large display, a battery of this capacity is much needed. On 3G network, it can support upto 843 hours of standby time and 51 hours of talk time.

The M6s Plus is a dual SIM smartphone that accommodates two Nano SIMs. The second SIM slot can also be used as an expansion slot that supports a microSD card. This means that you can either use that particular slot for a SIM or a memory card, but not both at the same time. Other connectivity options of this device include 4G VoLTE, Wi-Fi, Infrared, Bluetooth, GPS, and USB OTG. Its sensors include accelerometer, ambient light, gyroscope, proximity, and compass magnetometer sensors.

Pre-orders for the M6s Plus began in some countries in May 2017, but in Nigeria, the Gionee M6s Plus smartphone is not yet available. When it is available, it can be purchased from reputable online stores in the country.