Gionee F5 Specs: Like the Gionee Steel 2, the F5 is a midrange device from the Chinese smartphone manufacturer, Gionee. It is a member of the F series, a series which also features the F103 and F103 Pro. As one of the devices released in early 2017, it is among the lot from Gionee whose main selling point is their large battery capacity. 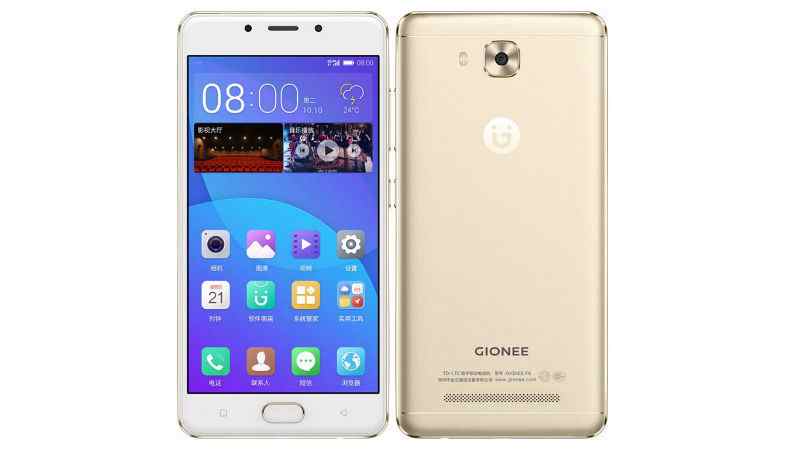 
Gionee has been reputably known for offering devices with long battery life, where most devices in any phone range and series have over a 3,000mAh battery. The most remarkable thing is that while each device's battery specs sheet is impressive, it's real life operation also corresponds to what is stated. For the Gionee F5, other than its large battery capacity, it also features a good display screen, camera, fast processor, large RAM and sleek design.

The F5 features a 5.3-inch IPS LCD Capacitive touchscreen display with an HD resolution of 720 x 1280 pixels and pixel density of 277PPI. This display and its wide viewing angles can give users an enjoyable experience while watching movies or gaming. Like most midrange devices, there is no scratch or crack resistance screen on the display, but a 2.5D screen that gives the device a sleek look and comfortable feel when held.

The Gionee F5's body is made of metal which brings about its  premuim look and durability. It has a dimension of 150 x 74.5 x 7.7 mm and weight of 162 g. At this weight and dimension, the device is a thin one enabling ease of usage during operation. Although it is heavier than a high end device like the Nokia Edge 2017, it can still be carried about without feeling like you have a junk in your pocket. The smartphone is available in different colour variants of Gold and Rose Gold. There is also a fingerprint sensor located on the device's home button. The sensor enhances user's security and its location even provides more ease in accessing the device.

The Gionee F5 is powered by a 64-bit octa-core MediaTek MT6750 processor with a processing speed of 1.5GHz. It has 4GB of RAM to support fluid multitasking and an Inbuilt storage of 32GB that is expandable via microSD card upto 256GB. The expandable capacity will ensure that users do not run out of space especially when they need it most. With these hardware specs, one can be sure of a smooth operation of the phone with no lags encountered.

As is the casee of some devices released in 2017, the Gionee F5 also runs on Android 6.0 Marshmallow OS and not the latest Android OS. Gionee's customized user interface Amigo 3.2 is layered ontop this OS and they both combine to give a device with a user friendly interface and one that is customizable to meet the users requirements. Users can also get several features from the Android Marshmallow OS like power saving features.

The Gionee F5 features a 13MP back camera with features like LED flash, panorama mode, touch focus, autofocus, geo-tagging, face detection, HDR and digital zoom. The ability of the rear camera to capture Full HD videos makes for better videos. The F5 also has an 8MP front camera for taking quality selfies and making video calls. With both cameras sporting high resolutions and features that help them produce better images, quality images should be expected.

Like the Gionee M5 Mini, the F5 battery capacity is 4000mAh. This battery is non-removable and is based on Li-Po technology. On moderate usage, this battery should last well over a day on single charge before there is need to recharge. According to Gionee, it can support over a day of music playback and 9 hours of talk time.

The Gionee F5 is a Dual SIM Smartphone that supports the use of two SIMs. The second SIM slot is an hybrid slot where one can either use a second SIM or a microSD card depending on which is of more priority to them. Other connectivity options of the Gionee F5 include microUSB port, 4G VoLTE, GPS, HotSpot, Wifi, Bluetooth. Its sensors include Proximity, Accelerometer and Ambient light sensors.

The Gionee F5 has been released in China, but in Nigeria as with some other African countries, the smartphone is not yet available. When it is available, one can purchase it from reputable online stores in the country.

The Gionee F5 Price in China is 1799 yuan with a dollar equivalent of $262. According to Gsmarena, this smartphone has a price tag of 250 Euros. Deducing from these prices, Gionee F5 Price in Nigeria is expected to range from 95,000 Naira to 155,000 Naira depending on your location in the country and the current exchange rate.