Huawei Y5 2017 Gsmarena Specs, Features and Price: The Huawei Honor 8 Pro, Honor 6C and Huawei Y5 2017 are the most recent devices released by the Chinese telecommunications company, Huawei. While the others are high end devices, the Y5 2017 is a low end smartphone and a successor to 2015's Huawei Y5 II. It was included in Huawei's gallery of devices without any publicity made on social media and press releases before its arrival. Lately, it has become a trend by Huawei to upgrade specs of low end devices they'd released years back, and uniquely identify their names by the current year 2017. These devices all come with better specs than their previous model and like the Y5 201 7 one such devices is the Huawei Y3 2017, an upgraded variant of the Y3  2(II) . 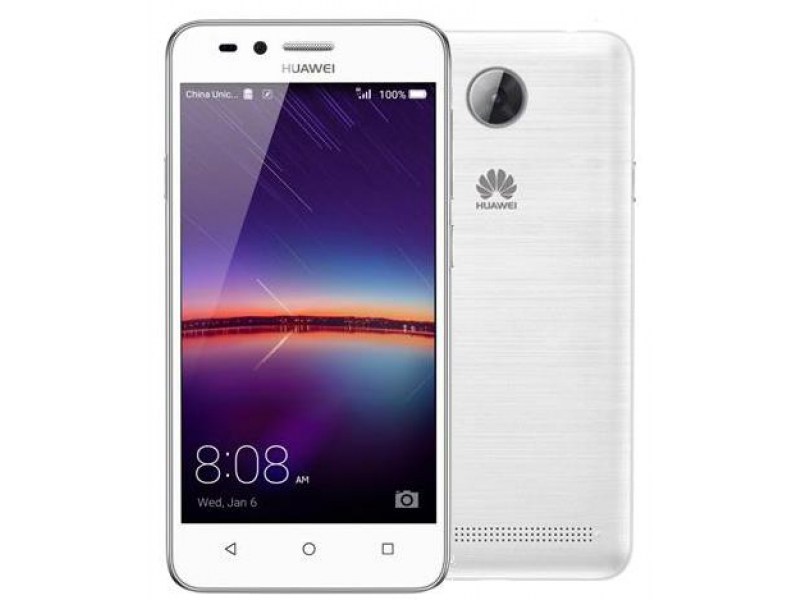 
The Y5 2017 is among the lot of Huawei affordable android smartphones that are very competitive in their own range, not interms of their price but specs. Though low end devices, they can offer the same level of performance attained by some midrange devices of other smartphones brands. Compared to the Y5 II, this successor boasts of a speedier processor, better operating system, more memory storage and battery capacity. A review of the Huawei Y5 2017 specs and price is given below.

The Huawei Y5 2017 features a a 5-inch HD display with a resolution of 1280 x 720 pixels and pixel density of 294 PPI (Pixels Per Inch). By this screen size, the device is extremely portable to operate with one hand. Its high resolution on a display of this size provides a screen that is sharp and clear enough to be viewed and read from with ease. As is the case of most low end devices, there is no screen protection on this device, hence scratches and cracks on the screen will be inevitable.

The Y5 2017 has a plastic build with curved edges and textured back to give a more firmer grip. It has a dimension of 143.80 x 72.00 x 8.35 (height x width x thickness) and weight of 155g. It is slightly heavier than some high end devices like the Huawei P10 at 142g, but still retains a light weight when handled. The smartphone is available in different colour options of gold, pink, white, blue and gray.

The Huawei Y5 2017 is powered by quad-core MT6737T processor with a processing speed of 1.4GHz. This processor's speed is quite high, and can ensure fast and smooth operation of the phone. There is also a 2GB RAM which is more than the average capacity found in a low end device. Some graphic intensive games can still be ran on the Y5 2017 without encountering lags due to this RAM's capacity.

This smartphone has an internal memory storage of 16GB which can also be expanded upto 128GB via microSD card. Its support for expansion ensures that users get a large storage area for their files and apps. Although most people expected the latest Android Nougat OS and the latest Emotion 5.1 UI on this device, this is not the case. Instead, the Huawei Y5 2017 runs on Android 6.0 Marshmallow with EMUI 4.1 on top.

The Huawei Y5 2017 features an 8MP back camera with f/2.0 aperture and a 5MP front camera with 84 degree wide-angle. While the back camera features dual LED flash, the front camera has an LED flash, both of which aid in providing more light in low light conditions for capturing images whose quality is still clear. Also, the resolution of both cameras is moderate and can produce images with good quality. Other features of the Huawei Y5 2017 camera include geo-tagging, auto focus, touch focus, and face detection.

Huawei Y5 2017's battery capacity is 3000mAh which is quite large for a low end device. Given its screen resolution, processor and Marshmallow's power saving technology, this device will definitely have a long battery life. Huawei claims the battery will last upto 1.5 days on a single charge and can deliver more than 80% of its capacity even after more than 800 charging cycles.

Currently, the Huawei Y5 2017 is not available in Nigeria as with some African countries. There is no price tag or date of availability for the Y5 2017, but it is expected that it will be launched in May 2017. When the smartphone is available  it can be purchased from reputable online stores in the country. The Huawei Y5 2017 price in Nigeria is expected to range from 50,000 Naira to 75,000 Naira depending on your location.