Huawei is a Chinese telecommunications company that has been manufacturing mobile devices in different segments of the smartphone market for the past two decades. It is the largest mobile infrastructure maker in the world, and is among reputable smartphone brands like Samsung, Xiaomi, and Apple whose devices are always in competition with each other. Huawei smartphones are constantly among the most trending on the net and one of such, is the Huawei P8 Lite 2017 also known as Huawei P9 Lite 2017, Huawei Honor 8 Lite, Huawei Nova Lite, and Huawei GR3 2017 in some countries other than US, for example UK and India. 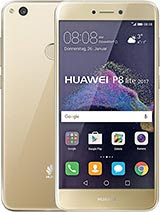 The Ascend P series consisting of devices powered by either the Window or Android OS beginning from the Huawei Ascend P1 to the Ascend P10 has held a class of remarkable devices. Members of this series can be uniquely identified by their classy build, and the P8 Lite 2017 as the latest variant of 2015's Huawei P8, has a stylish design that goes with that trend. It comes as the second release of the Lite variant of the P8, where the first was its 2015 predecessor, the P8 Lite . According to Wikipedia, a review by Gsmarena commends the design and build quality of the device, display and the performance of its processors. This smartphone is a more powerful edition of the P8 Lite.

Judging from the Huawei P8 Lite 2017 Review, it is a midrange device and better smartphone than the predecessor of the standard model, the Huawei Ascend P7. The P7 was a sought after device and still is, and here's a device that offers a better look and performance than the Ascend P7. It comes with a lesser price tag than the P8, and has features better than the P8 Lite 2015 specs. Features like a bigger and better display screen, a larger battery capacity, high camera resolutions and a powerful processor. In comparison with its predecessor, this smartphone manages to bridge the gap in terms of other aspect and a quick look at the Huawei P8 Lite 2017 review proves that.

The Huawei P8 Lite 2017 features a 5.2 inch IPS display with a Full HD resolution of 1080 x 1920 pixels, 16:9 screen to body ratio and pixel density of 424 ppi, which is in contrast to the 5.0 inch screen, 720p resolution and 294 pixel density of its predecessor. The screen specs of this device is obviously better, with a wide viewing angle and excellent colour reproduction that would translate to a better viewing experience while gaming, reading or watching movies. Its high maximum brightness allows the device to be easily viewed even under the sun. The device also features a 2.5D curved Gorilla glass screen to give the device a comfortable feel when held and a screen that won't be easily marred by scratches or cracks.

Like the Ascend P8 Lite 2015 that featured a plastic build with a brushed metal look, the P8 Lite 2017 features same, but with a combination of plastic and glass and closely resembles the Google Pixel in terms of design. Its smooth round edges gives the device a comfortable feel and ease of usage with one hand. This smartphone also has a dimension of 147.2 x 72.9 x 7.6 mm and weight of 141 g and is unlike other smartphones tagged a mini of another device, but weigh more than the P8 Lite 2017.  It is slightly slimmer than its 7.7 mm predecessor, but 16g heavier. It is also available in different colour options of black, gold, and white and features a finger print scanner that is located at the device's rear camera.

Huawei P8 Lite 2017 is powered by an octa-core Kirin 655 processor with four cores running at 1.2 GHz and the other four at 1.7Ghz. It features a RAM whose size is 3GB and an internal memory storage of 16GB that is expandable via microSD card up to 128GB (hybrid slot that can either be used for a microSD or a second SIM). For a midrange device, this RAM capacity is quite large, large enough to support multitasking and seamless operation of the phone. The inbuilt storage is rather on the low side with only 10.2GB available to users, but with support for expansion, the user can get a storage large enough to support a wide variety of apps, games and files. When one compares this hardware specs of the P8 Lite 2017 with that of P8 Lite 2015, the former has an extra 1GB RAM, but its expandable storage support is less than 2015's P8 Lite, which is 256GB. However, the Huawei P8 Lite 2017 India variant  has a 64GB internal storage and 4GB RAM.

The 2017 P8 Lite runs on the latest Android Operating system, Android 7.0 Nougat on top Huawei's customized user interface, Emotion UI 5.0. This is an improvement over its predecessors Kitkat Android operating system. Although this UI uses more RAM while running third party applications, it does not require much performance from the phone. The UI comes with applications like a storage cleaner to free up space by clearing the phone’s cache. Nougat's power saving feature makes use of power-management functionalities to ensure the P8 Lite 2017 has a long battery life. It notifies when an app is consuming too much power in the background. Users can also tweak their device with several functions for e.g either displaying all apps on the home screen or making use of the app drawer to arrange like menu buttons.

The Huawei P8 Lite 2017 features a 12MP rear camera and an 8MP front camera, both of which can capture 1080p videos at 30 frames per second. While the resolution of the rear camera is lower than the P8 Lite's 13MP camera, it still captures better pictures than its predecessor, proving that an image quality does not entirely depend on the resolution of its camera. The Huawei P8 Lite 2017 relies on extra pixels of 1.25 micrometers that enable the camera to capture more light. On the otherhand, the front's camera resolution has been stepped up from the 5MP on the former variant of the Lite.

This smartphone also features a dedicated Image Signal Processing chip that was missing in its predecessor but has no optical image stabilisation. Lacking the OIS feature, the effect is that when the device is shaken while iamges are captured or during video recording, they will tend to blur. Huawei P8 Lite 2017 camera features also include HDR, auto focus, panoramic shooting, time-lapse, light-painting, document scanning and slow-motion video. With the location of the rear camera at the top upper left corner of the phone, users may have to ensure that they do not cover the camera while taking selfies.

The battery capacity of the Huawei P8 Lite 2017 is 3000mAh, a major improvement over the 2200mAh battery of the P8 Lite 2015. This battery can store up power that can last well over a day on a single charge and moderate usage. There is also a fast charge support that can fully charge the device in some minutes.

The 2017 P8 Lite like its predecessor is a dual SIM smartphone, but it makes use of the second SIM slot. One will have to choose between using the slot for a MicroSD card or a SIM card. There is also a a single-SIM variant of this device but limited to certain countries. Other connectivity options of the Huawei P8 Lite 2017 include Wi-Fi, Bluetooth, NFC, GPS and FM.  Its sensors include proximity, accelerometer and ambient light sensors.

The Huawei P8 Lite 2017 is not yet available in Nigeria, but when it is available, it can purchased from reputable online stores in the country. Huawei P8 Lite 2017 Price is set at about £200 (around $245/AU$320) and deducing from this,  its price in Nigeria is expected to range from 70,000 Naira to 80,000 Naira, depending on your location in the country and the current exchange rate.

On the other hand, one would've expected Huawei to do away with the plastic build found on its predecessor, but this is not the case. It rather gives this device a not so classy look and premuim build, while also keeping in mind that the device lacks an optical image stabilization feature.

Its internal memory storage is very low, and even though there is support for expansion, it makes use of an hybrid slot. This means that most users will definitely have to choose using a microSD card than using a second SIM, not unless it's the Huawei P8 Lite 2017 India variant they have purchased. The P8 Lite is good, but could've been better.
Tags: full tech specs and features list of the P8 Lite, Huawei, huawei p8 lite caracteristicas, huawei p8 lite price, huawei p8 lite review, p8 huawei lite