At a 2017 MWC Press conference in Barcelona, Huawei released the P10 and its higher speced variant, P10 Plus as its newest high end smartphones. For a company that has been manufacturing mobile phones for two decades now, their devices is expected to be of high quality, hence one will not really be surprised at the features of its latest flagship devices. The P9 flaunted admirable cameras and dominated the smartphone market, and now its successors are here to take over. 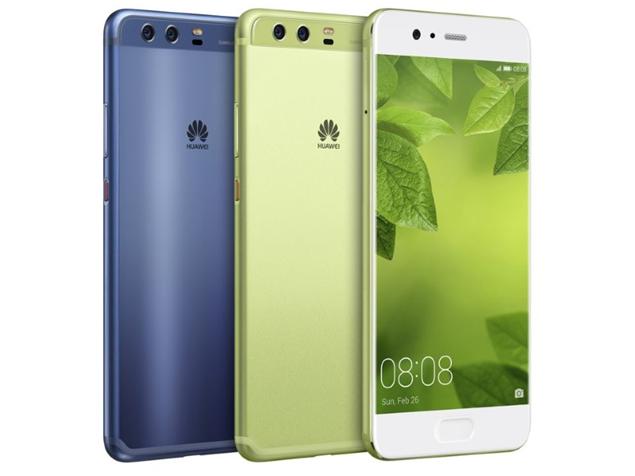 
The P10 is the latest smartphone in the Huawei P series and a successor to the Huawei Ascend P9. It features the same classy build of its predecessor, but with better software and hardware specs. Judging by its specs, It is the most advanced smartphone from Huawei which can compete with flagship devices from Apple, Nokia and Samsung because of the high level of performance it offers. The Huawei P10 with its hardware improvements is a rival to Google's Pixel, Apple's Iphone 7 and Samsung's Galaxy S8.


A quick look at the Huawei P10 review shows that  just like the Ascend P9, this smartphone is a camera centric device. With its redefined dual camera setup engineered by Leica, it can be said to be the most hyped camera smartphones in 2017. It has lots more to boast of other than its great cameras, its features like the display screen, processor, RAM, and OS make the Huawei P10 one of the must have devices in 2017. A full review of the Huawei P10 below elaborates on each feature and how it has been improved upon over the specs of its predecessor, the Huawei P9.

Huawei P10 features a 5.1 inch IPS-NEO display with an FHD resolution of 1920 x 1080 pixels and pixel density of 432ppi (pixels per inch). The screen's level of brightness makes its content view-able under the sun, its wide viewing angles makes it great for gaming and watching movies, and its IPS panel results in better blacks compared to regular IPS panels. Serving as a protection on the screen against cracks and scratches is a Gorilla glass 5, but there is no oleophobic coating on the screen, hence oil like spots or greases from the fingertips or face may be visible on the screen.

The Huawei P10's build material depends on its colour, where the dazzling blue and dazzling gold colours come with a hyper diamond technology to avoid scratches, the ceramic white variant comes with a ceramic build,  and the platone greenery, silver, gold or rose gold variants come with a stainless steel build. This build material and hyper diamond-cut finishing that improves the texture of the phone is better than that of the P9. This smartphone has a dimension of 145.3 x 69.3 x 7 mm (height x width x thickness) and weight of 145g. The dimension gives the phone a flat shape, and its medium sized screen and light weight makes it easy to handle and operate with one hand.

The P10 also features a fingerprint sensor which Huawei claims is the fastest and most reliable in the industry. This sensor is located at the device's rear and serves to give users privacy over their files. Other than offering enhanced level of security, this fingerprint sensor also supports the use of gestures like a long press to return to the home screen and swiping to access recent apps menu. The fingerprint sensor also serves as a navigation key to go back in a menu, home, and access Google Now. This smartphone is also water resistant, but its IP rating signifies that it can only resist a few splashes of water.

To give this device a high level of performance, the P10 is powered by an ARM Mali-G71 GPU and Kirin 960 octa-core processor that has dual quad-core processors running at 2.4GHz and 1.8GHz respectively. This processor is an upgrade from the P9's Kirin 955 CPU and a better one at that. Based on storage options, the P10 is available in two variants and it is expected that there might be a China Variant of the P10 too. For the available variants, one has an inbuilt storage capacity of 32GB, while the other has 64GB inbuilt storage. Both variants come with support for expansion upto 256GB, but makes use of the same slot for a second SIM.

The P10 has a RAM size of 4GB that can run graphic intensive games and support multitasking without hangs or lags. According to Huawei, its Ultra Memory technology intelligently allocates, recycles, and the compresses memory, to allow one's apps load faster. This Ultra memory is a background feature that comes with Huawei's Emotion UI and allocates more RAM to the users favorite app, to allow a smooth operation of the phone.

Huawei P10 also runs on the latest Android Operating System, Android 7.0 Nougat on top Huawei's Emotion user interface, EMUI 5.1. One can tweak this User Interface by re-adding Android’s app tray to the UI or uninstalling some unwanted apps. The UI comes with an onscreen button that makes use of a custom ultra response feature that predicts what function one's finger will access next by keeping track of their daily usage habits. There is also an ultra power saving mode to manage power efficiently by allowing access to a few apps and reducing the phone's resolution when there is need to.

At its rear, the Huawei P10 features Leica dual cameras 2.0 with a resolution of 20MP and 12MP, and aperture of f/2.2. While one camera captures in colour (12MP camera), the other captures in monochrome (20MP camera). These cameras uses features like a 3D facial detection technology, dynamic illumination, and natural portrait enhancements to deliver a great performance. Other features of the camera include 4K video recording at 30fps, water splash resistance, Optical Image Stabilization and Hybrid Zoom technology that retains the sharpness of an image while focusing on a specific area on the image.

On its front, is a Leica 8MP camera with f/1.9 aperture for taking selfies that looks natural. The camera is smart enough with its new adaptive selfie mode to detect when group pictures are to be taken, thereby automatically switching to a wide-angle capturing mode that reduces its focal length depending on the number of people to be captured. Huawei claims that this camera offers twice the brightness and dynamic range of the P9. According to them, "The new front camera allows anyone to capture perfect portrait photography in Leica image style whilst the rear camera captures facial features with incredible detail, bringing your photos vividly to life".

The battery capacity of Huawei P10 is 3,200mAh, this battery is non-removable and based on Li-on technology. Since the device's screen is less than that of a Phablet and features a Full HD display, the power consumption won't be that high, hence this battery can last for over a day on a singe charge. There is also Nougat power saving features like the doze mode which turns off unnecessary apps in order to reduce the power consumption.

On the P10, there is also a fast charging support done at a low temperature with its 8 sets of thermal cooling mechanics to reduce temperature rise. The Huawei P10 is a dual SIM smartphone and makes use of a Nano-SIM and another Nano-SIM. The second SIM slot also serves as a microSD card slot. Connectivity options of this device include Wi-Fi, GPS, Bluetooth, USB OTG, 3G and 4G. Its sensors include compass/magnetometer, proximity, accelerometer, ambient light sensor and Gyroscope sensors.

The Huawei P10 release date was March 2017, hence this device is available in countries like Australia, Canada, UK, China and Germany. At the time of this post's publication, the P10 is not yet available in Nigeria as with some other African countries.

The Huawei P10 Price differs depending on one's country and retailer. In Europe, this device costs about €649, while in UK it costs €599. Deducing from these prices, the Huawei P10 price in Nigeria is expected to range from and 211,000 naira to 230,000 naira, depending on the current exchange rate.