Gionee A1 Specifications, Features and Price

Gionee A1 Specifications, Features and Price: Gionee's devices like Xiaomi's are one of the few smartphones from a Chinese Original Equipment Manufacturer that has gone past the shores of Nigeria, Africa and even India. They're also among some Chinese smartphones that have been reviewed by sites like Gsmarena and Gadgets guru. This has been made possible not only because of the design aesthetics of their devices but also the high level of performance they provide. Specs of Gionee's mid range devices give them an edge in the competition with devices from some brands and set them on par with others. Gionee can be named alongside tech giants like Samsung, Huawei, and Sony. 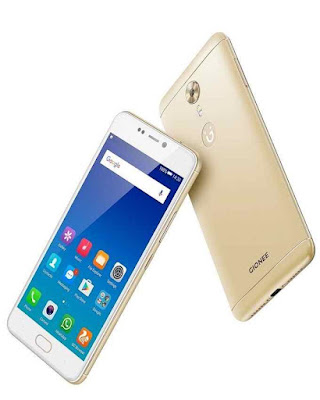 Recently launched by Gionee, is the Gionee A1 and Gionee A1 Plus as mid range devices in the A series. These phones were first unveiled in February 2017 at the Mobile World Congress (MWC) which is the world’s largest exhibition for the mobile industry and an avenue for mobile phone manufacturers to advertise their products and newest phones. Like the Gionee M5 that stirred a wave of excitement among users with its humongous battery, the Gionee A1 has come with a spec for which it will be reputably known for.


The best selling point of the Gionee A1 is its camera specs. It has been said to be among devices tagged the "selfie king" like the Tecno Camon CX and Infinix Hot S. Other than its optimized cameras, it is the first smartphone from Gionee to run on the latest Android OS, Nougat 7.0, and it features a sleek design, good battery backup and an enhanced level of security. Given below is a review of the Gionee A1 specifications, features and price.

The Gionee A1 features a 5.5 inch AMOLED capacitive touchscreen with an FHD resolution of 1080 x 1920 pixels and pixel density of 401 PPI. This display offers clear colour reproduction, can easily be read from even under the sun and has wide viewing angles for an enjoyable gaming and video watching experience. The Gionee A1's screen has a 2.5D curved Corning Gorilla glass that gives it smooth round edges thereby making it comfortable when the device is held and operated.The glass also serves to give the screen more strength to withstand falls from certain heights that may easily create scratches or cracks on the screen.

The A1 has a metallic build and curved back that makes it feel sturdy in hand when held. This build material gives the device a sleek look and ensures it last long without being easily susceptible to wear and tear like a plastic build. It has a dimension of 154.50 x 76.50 x 8.30 (height x width x thickness), weight of 182g and is available in gold and gray, matte black colours. The device is easy to carry around despite its large display and battery, and all this combine to give the Gionee A1 an appealing and impressive design.

In the display settings, there are three different colour profiles which are warm, neutral and cool, and they help to adjust the screens brightness to that which is most suitable for the user's eyes. Also below the display are two capacitive buttons with a physical Home button that also has a fingerprint sensor built into it. The fingerprint which is located at the devices's rear brings about an enhanced level of security where the device is still inaccessible to unauthorized users even if the device's password or pin has been memorized. Although the fingerprint sensor is fast, it cannot easily unlock the device when oily or wet fingers are placed on it.

The Gionee A1 smartphone is powered by a 64-bit octa-core MediaTek Helio P10 processor with a processing speed of 2.0GHz and and Mali-T860 MP2 graphics engine. It also has a RAM whose size is 4GB and an internal memory storage of 64GB that can be expanded via microSD card upto 256GB. The RAM's capacity is large enough to support multitasking without lags and it combines with a speedy processor with less power consumption to allow graphic intensive games to be run seamlessly. The inbuilt storage is more than a moderate one to support smooth operation, and with support for expansion, users can have a large enough backup space for their files.

The A1 runs on the latest Android OS, Android 7.0 Nougat on top Gionee’s customized user interface, Amigo 4.0, both of which combine to give a smooth user Interface without any app crashes. Android Nougat features provide an easy to use and friendly user interface for this device which enhances the user experience with the phone. One of these features is a Smart Gesture that can be set to enable task to be done easily using gestures like double tap to wake, edge bar, glove mode, auto answer when the phone is picked up. Also, features such as split-screen multitasking and enhanced settings are included. The Amigo offers a dedicated online marketplace where themes, wallpapers and widgets can be downloaded to customize the phone.

The Gionee A1 features a 13MP rear camera with LED flash and f/2.0 aperture, wide enough to let in more light into the camera. Although this resolution is lower than that of the front's camera, the rear camera still captures images of good quality with decent details even in low light conditions. The device's Full HD display also helps images have more natural colours, but its results on bigger screens may be less striking. The rear camera can record full HD 1,080p videos. Other features of the rear camera include auto focus, touch focus, face detection, HDR, geo-tagging, digital zoom, and video recording.

It A1 also has a 16MP front camera with LED flash, f/2.0 aperture and it can record videos in 4k resolution. While most devices have a rear camera with a resolution that is higher than that of its front camera, the reverse is the case with the A1. The front camera has been optimized so that selfie lovers can take full advantage of it, hence the Gionee A1 is a selfie centric smartphone. The camera  has a wide viewing angle to capture more people at a time, it offers crisp colour reproduction in the images and uses a beautify mode to enhance selfies thereby making them look better.

The battery capacity of Gionee A1 is 4010mAh and it is a slight increment over the Gionee M5 Mini's battery. The capacity is above the average for a midrange device and can power on the device for well over a day especially with Nougat's power saving mode and extreme mode. Other than having a large capacity, its real life usage is impressive. The Gionee A1 also supports ultra fast charging, hence the phone can be fully charged in a matter of some few hours. According to Gionee, its 18W ultrafast charging charges the battery fully in two hours.

The Gionee A1 is a dual SIM smartphone (Nano-SIM and Micro-SIM) and makes use of a hybrid slot for the second SIM. This means that you can either use a SIM card or a MicroSD card in the second slot. Other connectivity options of this device include 4G, Wi-Fi,USB OTG, FM, GPS, Bluetooth 4.2, and a microUSB v2.0 port. Its sensors include proximity, compass/magnetometer, accelerometer, ambient light and gyroscope sensors.

The Gionee A1 was released in April 2017 and it is available for purchase in online stores like Amazon, Croma, Ebay, Flipkart, and Shopclues. The smartphone is also available in Nigeria and can be pre-ordered from reputable online stores in the country. Currently, the Gionee A1 price in Nigeria is 95,000 Naira and it may vary depending on your location in the country and the current exchange rate.

Great selfie camera, good battery backup, bright and clear display, and the latest operating system, these and many are some reasons why i would definitely purchase this device. Given my experience with Gionee devices which are quite remarkable, i've come to hold the brand's name in high esteem, hence i'll easily trust the specs sheet of the Gionee A1 and purchase this device.