Like the Galaxy Note Edge, the Galaxy S6 Edge has a display that is curved, which creates an  additional screen that can be used for notifications. At the curved edges, users get notified when a favorite contact calls or sends a message. 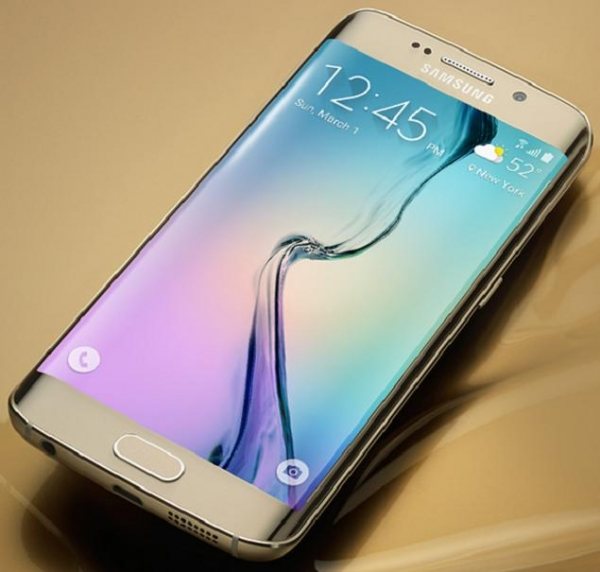 Featuring a 5.1-inch Quad HD Super AMOLED display with a resolution of  1440 x 2560 (577 ppi), the Galaxy S6 Edge has one of the highest resolution displays currently on an Android device. It has 3GB of RAM, 32/64/128GB of internal storage and is powered by its own octa-core Exynos processor. For multitasking, It runs on Android 5.1 Lollipop, allowing two apps  to be opened side-by-side using a multi window.

Also, it has 16MP rear camera which features a F1.9 wide-angle lens, allowing more light to hit the sensor when shooting in low-light situations. The front camera is 5MP and opens up in just 0.7 seconds. Features of the camera include optical image stabilization , LED Flash, auto focus, touch focus, auto HDR and face detection. With this ultra-responsive camera and other features included, one should expect pics with good quality from this device.

The S6 Edge has a fingerprint scanner feature which can be used to unlock the device without a password, log into websites and pay via paypal. It makes it easier to make PayPal transactions and  use biometric data to log into certain websites

The battery of the Galaxy S6 Edge is non-removable and has a capacity of  2,600 mAh.A built-in feature which is wireless charging allows users to charge without the cords. The battery should be the quickest-charging battery on the market, taking just 10 minutes to generate four hours of use and  power ups to 50% in about 30 minutes of charging.  The battery life supports up to 20 hours talk time and up to 13 days standby time.

Other specs of the S6 Edge are given below: