Where to Buy Samsung Galaxy J5


Latest Samsung smartphones have dotted rear panels but the Galaxy Note 4 features a curved and faux-leather texture that older models have had.  The waterproof feature is also absent in the Galaxy Note 4, allowing easy access to the battery and card slots beneath the rear panel. With the exception of wireless charging, it incorporates the usual Samsung's settings and any feature enabling productivity and creativity can be found in this high-end smartphone. 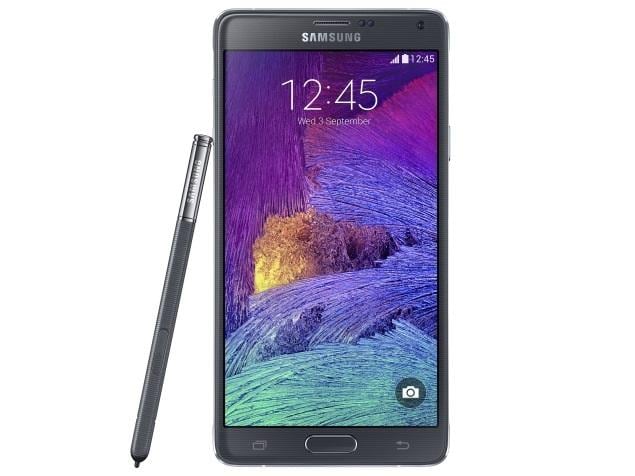 The Galaxy Note 4 sports a 16MP autofocus rear camera including features like optical image stabilisation and 4K video recording at 30fps and 1080p video recording at 60fps and 120fps . The front-facing camera is  3.7MP with f1.9 aperture that for video chats and capturing wide-angle pictures.

The Samsung Galaxy Note 4 is powered by a 2.7Ghz quad-core processor, 3GB of RAM and 32GB internal storage that is expandable up to 128GB via microSD card. It runs on Android 4.4.4(KitKat) providing a new multitasking interface and has an S-Pen with improved functions like pressure sensitivity and handwriting recognition.

The Battery capacity is 3220mAh and provides Up to 37hrs of talk time, Up to 80hrs music play time, Up to 12hrs video play time, and  Up to 11hrs Internet Use Time. The Galaxy Note 4 features a USB 2.0 charging port which allows fast charging and according to Samsung can charge the phone from 0% to 50% in about 30 minutes and from 0% to 100% in less than 100 minutes.

Where to Buy Samsung Galaxy J5