How to Hide Videos on Java - Video Hider

This tutorial will show you how to hide videos on java phones or put a lock on videos in order to create some privacy on your phone when it is locked.

Java or S40 phones unlike devices running on mobile operating systems such as Android, Windows, iOS etc., have a low level of security because you can only use the built-in password feature on the phone.

This security feature is not even an advanced one since it can easily be cracked by following some tutorials on the net on how to unlock locked Java phones fast.

This means that while you think your content is secure, it isn't entirely safe.

Most apps developed of recent are mainly for Android and iOS smartphones running on the latest versions of either OS because most people are using these smartphones instead of the early 21st century Java phones that are almost becoming extinct in 2018.

But not to become a pessimist, there's still a ray of hope!😁

If you're one of those who has videos displaying you in an awkward position doing something others may consider weird or you just like keeping your own business 'your own business', is there any way to put a lock on videos for Java?

On Android smartphones as already stated above, this can easily be done either by using an Android App Locker such as Applock for Android that does not only lock apps selected apps and games on the phone but hides videos, pictures, and even songs by moving them to the app's private vault.

Now you see where memory is of essence which is what Java phones lack.

On a bright side, 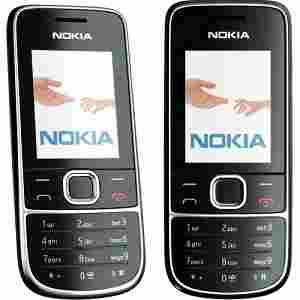 The benefits of a locked App for Java to hide videos from the media Player in s40 phones would include:

For these videos on your java phone to stay private, they have to be hidden from the prying eyes of anyone who accesses your phone.

Follow these simple and proven steps given below on how to hide videos on Java by a free download of a Video Locker.

BlueFTP is a File Transfer Protocol App, whose primary purpose is to allow you connect to other Java Phones via Bluetooth, and gain access to files stored in their Internal and external memory.

We can also make use of this app to hide videos on Java.

The video has been hidden successfully. To unhide the video, follow the steps below.

Also Read: Browse On PC/Computer From BB10 Using Glo BIS
How to Download YouTube Videos On Android and BB10

It's not enough to hide videos on S40, you also need to know how to unhide these videos so that you can access them whenever you need to.

To unhide videos on Java phones with BlueFTP,

Your hidden video should be restored back to its original file folder or location in your phone's memory.

Other than using BlueFTP, video hider apps you can make use of to hide videos on Java include;

Phoneky has video hider apps for S40 phones that can help you hide secret videos on your Phone.

Videos in your device's Gallery are encoded with passwords in other to prevent unauthorized access, hence you alone get to decide who accesses video content of your phone and when.

According to Javaware review, this is 'the ultimate hidden gallery app for hiding videos on Mobile.'

Following these guidelines of using file hide java applications, you should be able to keep your private content hidden in S40 phones with no sweat.

If you had problems trying out these steps or it worked for you, let us know by commenting.